Am leaving Busselton today … My eye is mostly better so back on the road to Margaret River and all that yummy wine!

Yesterday I went out on a foraging trip having found out that I had missed the Big Apple at Donnybrook. I thought I had photographed it and many more ‘big apples’, but a local lady said they weren’t the actual Big Apple on my list. I went to Donnybrook and asked a local there … And went to find it. I could see the Big Apple as a speck in the distance, but couldn’t find a way to get to it. This would explain why the photo on the Big Things map is so blurry … So I decided that I would leave this item as ‘nearly found it’ box.
Doing this lead me to think about other things I missed previously for various reasons, so I decided to include them on my blog just for completeness. I missed the Big Red Dog in Karratha … So much road works meant I didn’t see it. The circular Derby wharf … Walked on it, but didn’t take a photo. The Big Lamb at Guyra … Too busy being nice to a young backpacker to whom I had given a lift. There will no doubt be others that come to mind.
I did photograph another Big Thing yesterday … The Big Mushroom at Balingup. 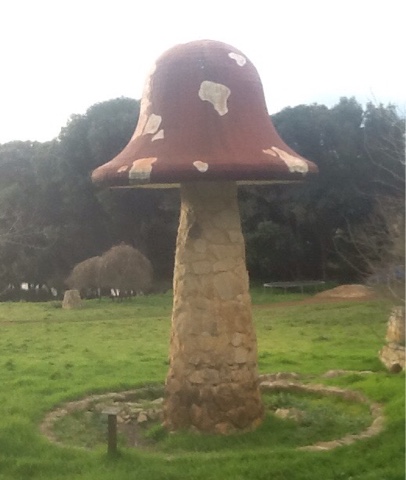 Just outside of Busselton, on my way to the Ngilgi Cave, an interesting cave system like Hastings Cave in Tassie, was this pretty canoe. 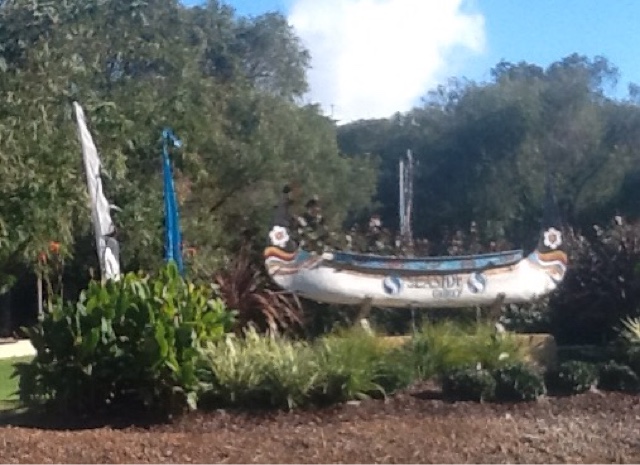 And this wine glass and bottle as part of an advertising sign. 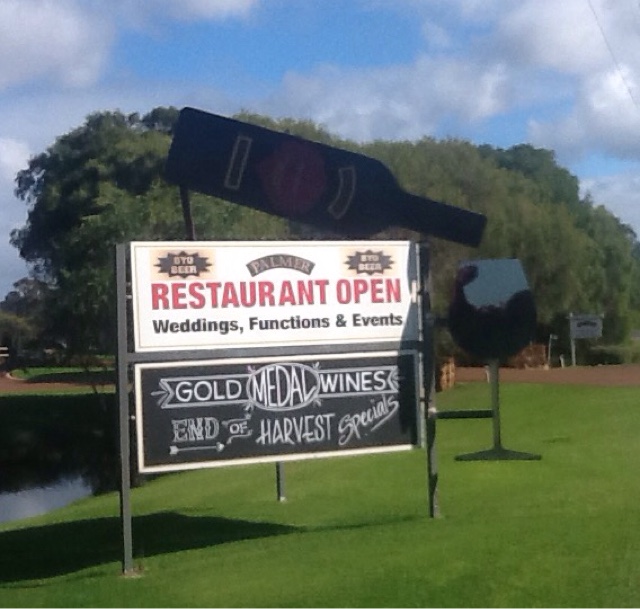 Also in the middle of nowhere … A double decker red bus … Seemed out of context! 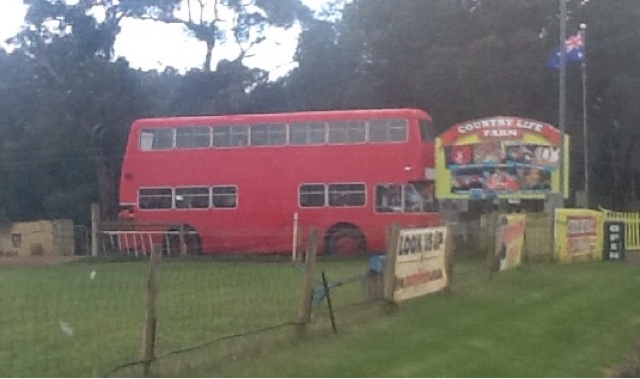 After Donnybrook I found this peculiar sculpture (?) … Think it was a representation of a bull … Could have been an elephant at a stretch … Pretty sure it was a bull, but the third leg at the front was confusing lol. 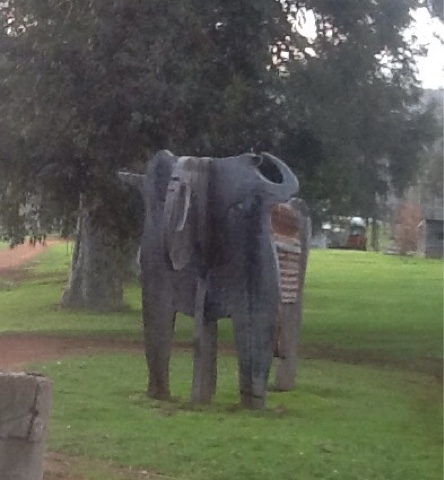 Headed for home … Saw this sculpture in a paddock near Balingup …

Interesting place Balinup … Almost every second house was for sale, but the locals were very upbeat …. Something in the water? Also they had purchased this multicoloured cow to display in the Main Street … 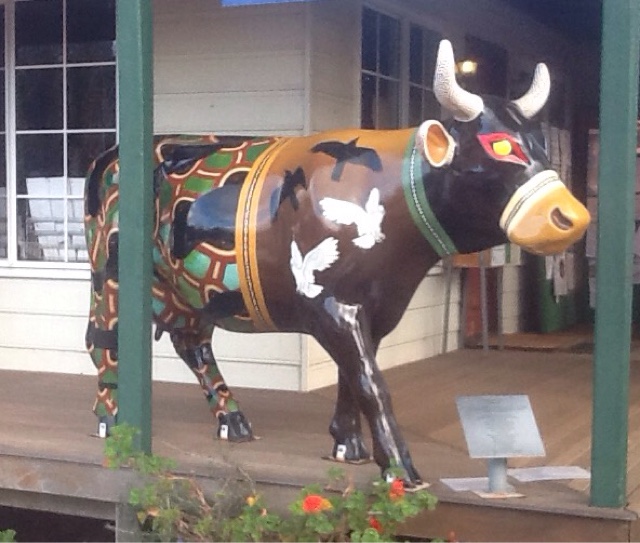 Off exploring now … Oh and some wine tasting of course lol!