Have I been having fun. Hervey Bay is a delightful place, with lots to do and see. I have been staying at the Windmill Caravan Park. It is very friendly, and I met some fab people such as Ashley, Kay and David, plus many more … An amazing 9 days. I have realised I need to stay in places more than I night to get to know more people.

I saw lots of whales, both the big kind, and the BIG kind. Whale watching on Wednesday was the best experience. We had a couple of very friendly whales who ‘mugged’ us regularly. ‘Mugging’ is where the whales come up to the boat and ‘eyeball’ you … they particularly like being waved at … they are huge! At one stage I could have reached out and touched one on the nose … words can’t describe the feeling. Then I had a bout of seasickness so I spent the last part of the day looking intently at the horizon lol.
The following photo doesn’t do justice to the whales, but I liked it because it is so pretty. By the time you can take a photo, the whales have disappeared! 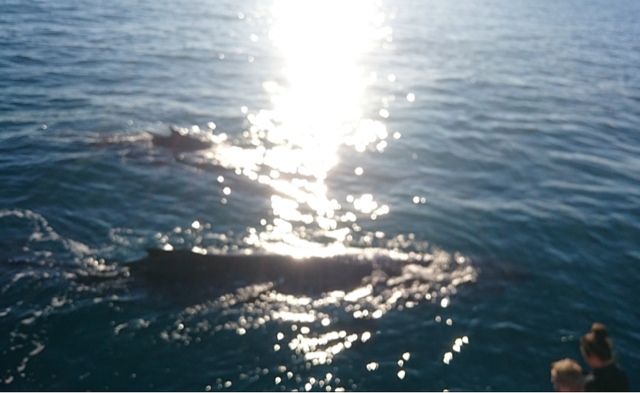 I went with James, Kym et al. I took this ‘charming’ photo of them at some stage … James is doing ‘james signs’ lol. The wind was a bit chilly. 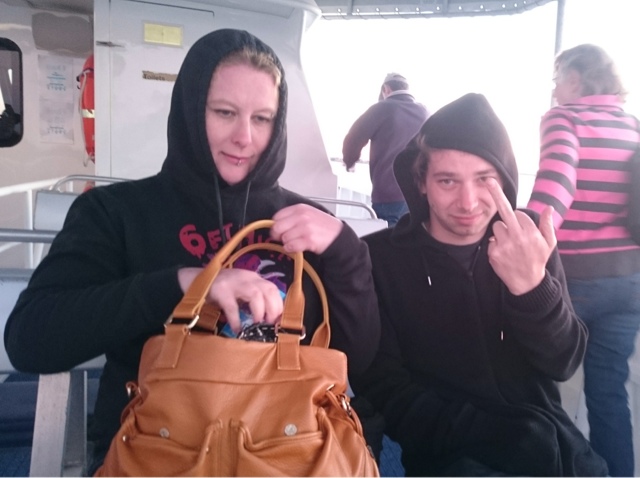 Finally, after leaving the fab caravan park, I went looking for the couple of Big Things listed. The first was easy as I had seen it a few days before at the Marina … half a Big Whale! 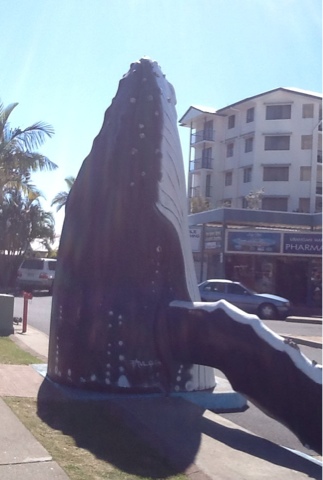 Then I ventured further afield to find the Big Golfball … to no avail! I found the address, travelled around in circles for an hour looking for it, then gave up. I did find another Big Whale not on any lists … a much more attractively composed wood and steel model at the HB Cultural Centre … very beautiful …still only a bit more than half a whale though! 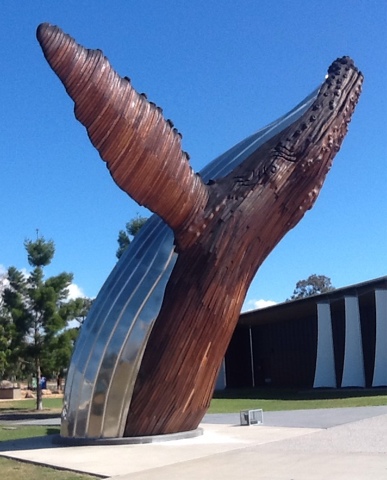 I had to finally leave HB behind and headed for Maryborough to look for a Big Thing … Big Ned Kelly. A pretty town … and the birthplace of the writer PL Travers who wrote the adventures of Mary Poppins. 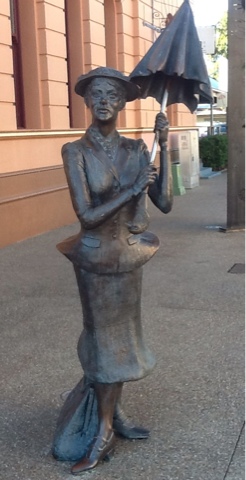 Big Ned Kelly was a little hard to find, but find it I did! 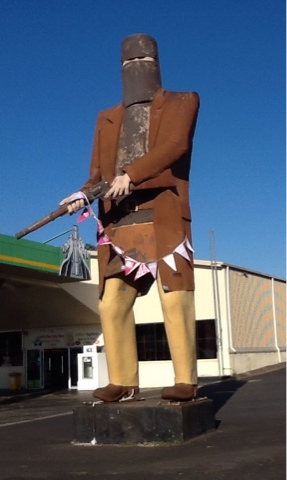 Spending the night at Tin Can Bay tonight, hoping to find the Big Teacup tomorrow.