Spent a day trying to find the Australia Zoo, but no internet, no GPS and not much phone signal … In the middle of Canberra … Go figure. On top of that … Signs to the zoo only appeared as I got close to the actual zoo!

Before Canberra, found more Big Things and other things of interest.
This Big Trout at Adaminaby was very large and one of the finer specimens of a Big Thing. 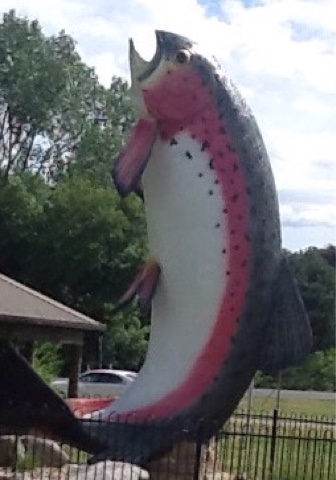 And onto Batlow. Was looking for the Big Bowl of Apples, but apparently it fell apart so the town council removed it. I did find this interesting public sculpture. Had several conversations with various locals as to what it represented … Most didn’t have a clue. I examined it closely and decided it was a Big Peeler, which made sense as the town is renown for its apples. The 2 ‘wings’ were slices of Apple! 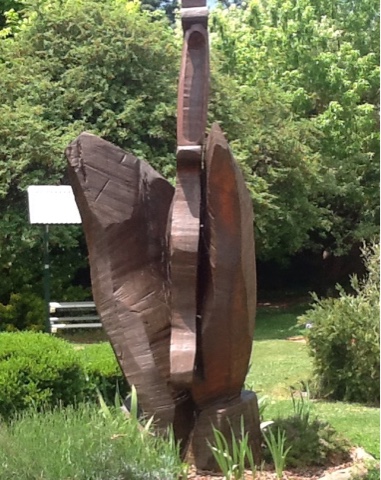 Also in Batlow this Big Apple advertising the Apple Cider Festival … The actual ‘Apple’ was hollow though. 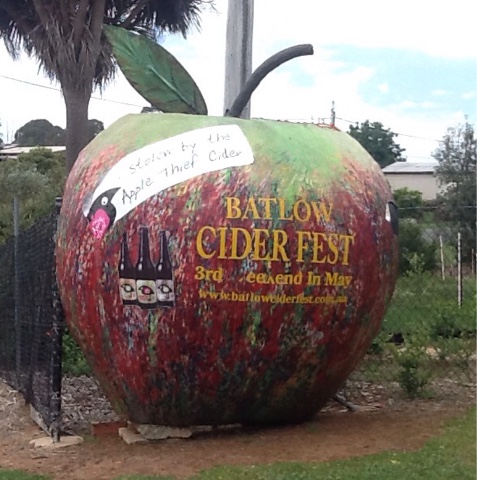 Right next door was this Big Mythical Creature … Probably a one-eared cat. 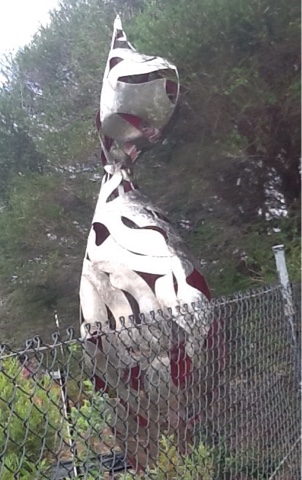 Back on the road and off to Gundegai and The Dog on the Tuckerbox … An iconic sculpture, but a bit passe these days. 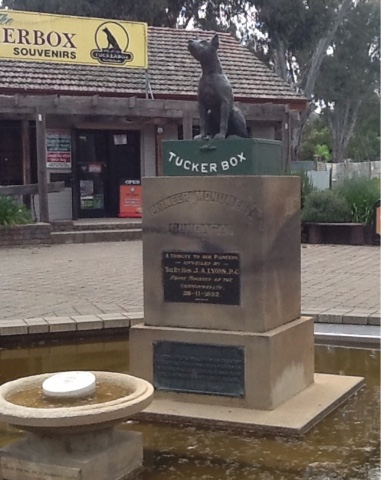 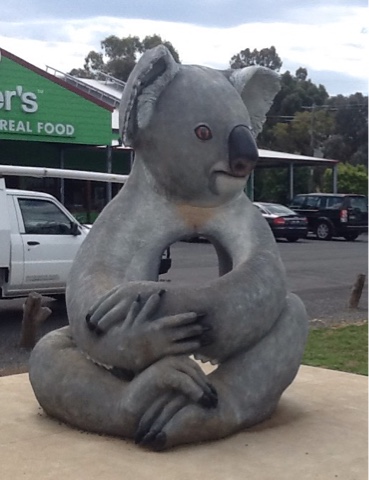 And a rather cute grey horse. 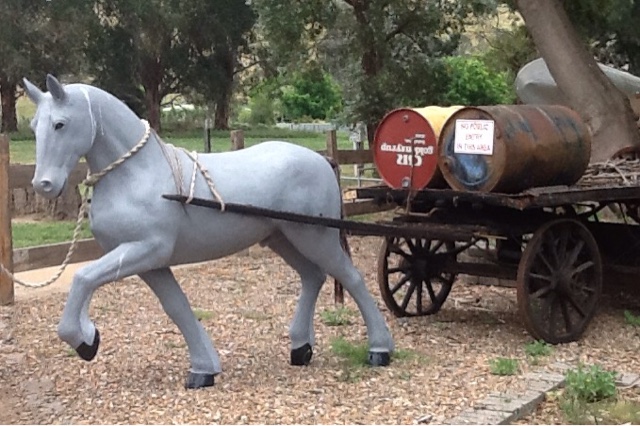 On the outskirts of Canberra, the National Dinosaur Museum. These fine figures are at the entrance to the museum. 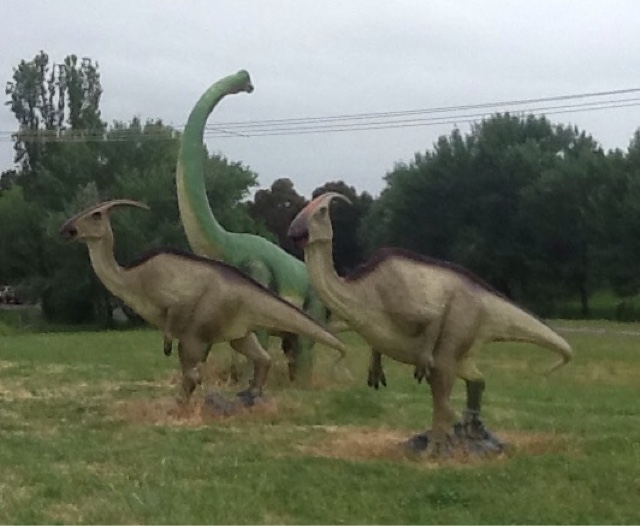 I couldn’t go around the museum without capturing the Big Scorpion on display. 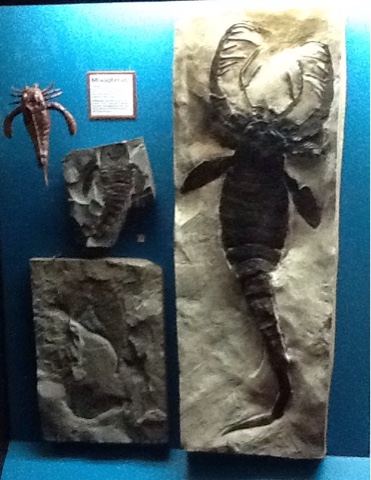 And the Big Shark Mouth from prehistoric times … It was massive! 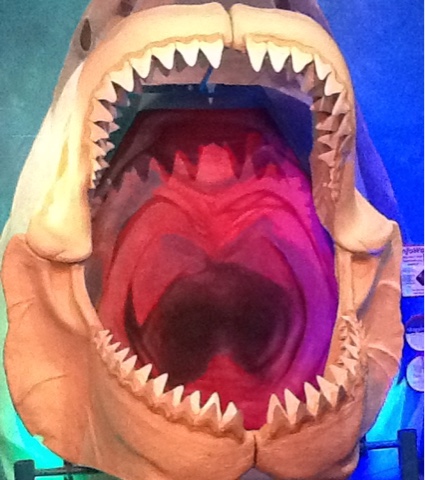 And this skeleton of a Big Woolly Mammoth. 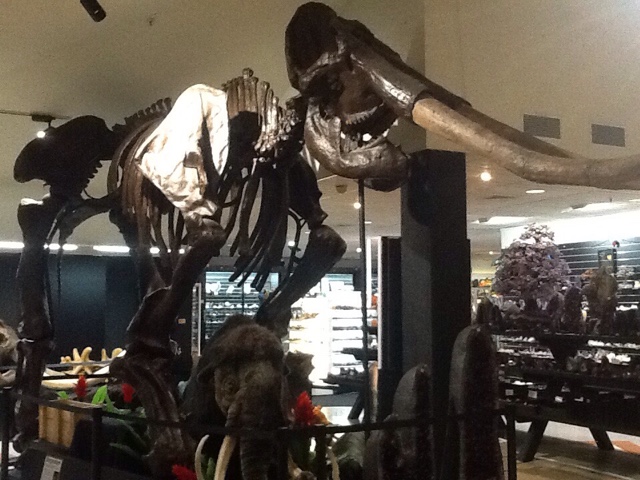 Finally reached Canberra, and went looking for the Big Owl … Actually Canberra calls it the Giant Owl (of course)! Also the locals call it the Big Penis as, from behind it looks just like a penis, although it appears the artist is modifying the sculpture so it is less like a penis. 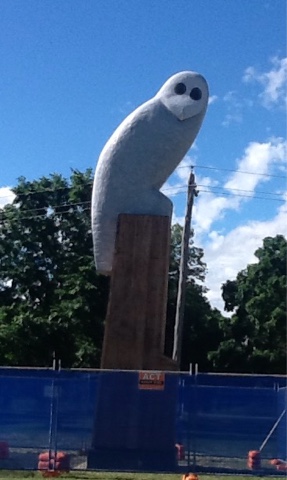 The Giant Mushroom at Belconnen Markets as a children’s playground was next … It needs some maintenance work! 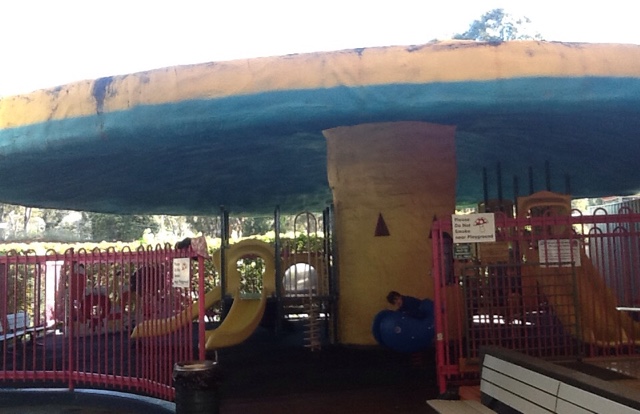 I went sightseeing and went to the National Library first where I found Moira, who is being paid to read Don Quixote. We had a long and interesting conversation about life, the universe and everything, with me offering some insights on life on the road … Lovely lady … And very tolerant of the ramblings of an old lady lol! Thx Moira!
Couldn’t leave Canberra without recording the Big Flagpole as a Big Thing! 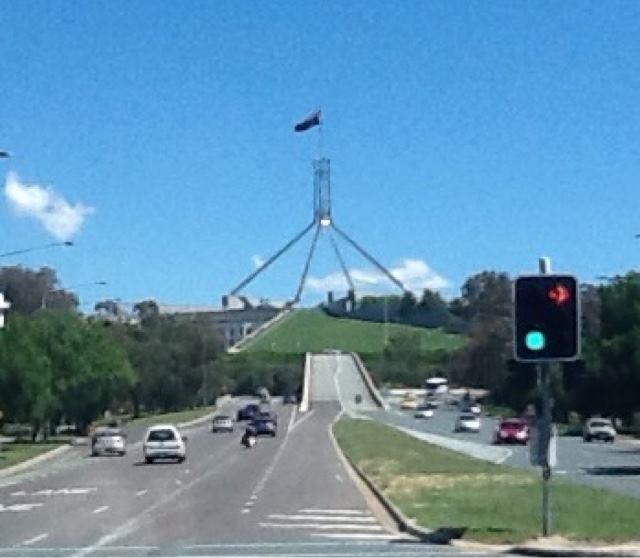 Before leaving Canberra, I had a fun dinner with Cluan, Teegan and Juno … Watch out Squalor Gang  … I am coming to Melbourne soon lol!
Spent a couple of days of R&R on the idyllic farm of Trevor and Julia, plus many animals including a horse who thought Narniavan was something to rub up against. I feel very refreshed … Off tomorrow to continue on my way towards Melbourne.