Posted on October 21, 2016April 19, 2018 by Margo O'Farrell
I have travelled from Darwin to Toowoomba, over a familiar route. There wasn’t much new stuff to record, although I did  find a few gems. This XXXX can in a paddock in the middle of nowhere. 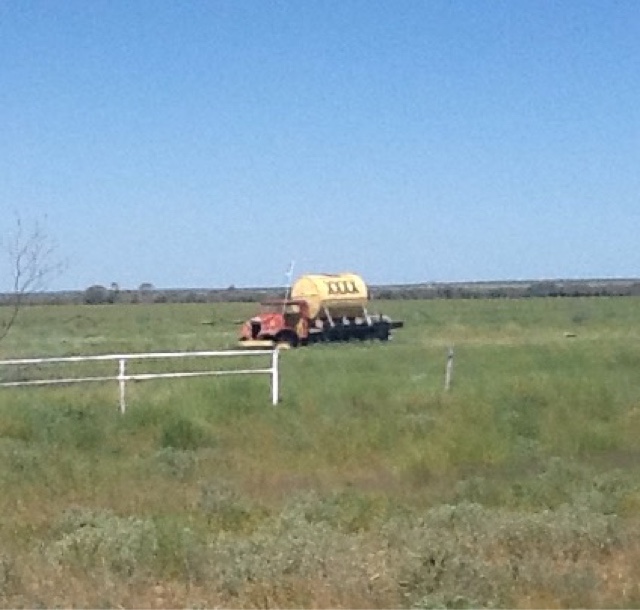 And I did explore Barcaldine a bit and found this bicentenary theatre … Impressive building!  On my way to Barco I followed this idiot in a flat tray truck who spent a third of his time on the wrong side of the road. He missed a few trucks by a whisker, so I tried to contact the police in Barco, but no one answered … The driver continued on his not so merry way through town with several near-misses … I just hope he didn’t hit anyone later! 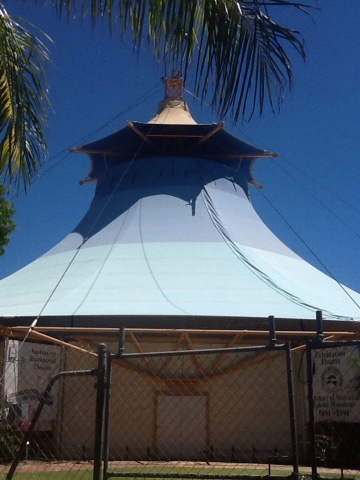 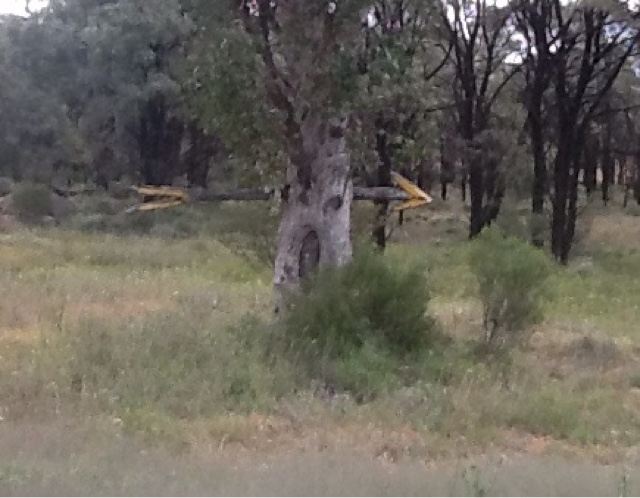 Although I said no more horses, but this one was cute. 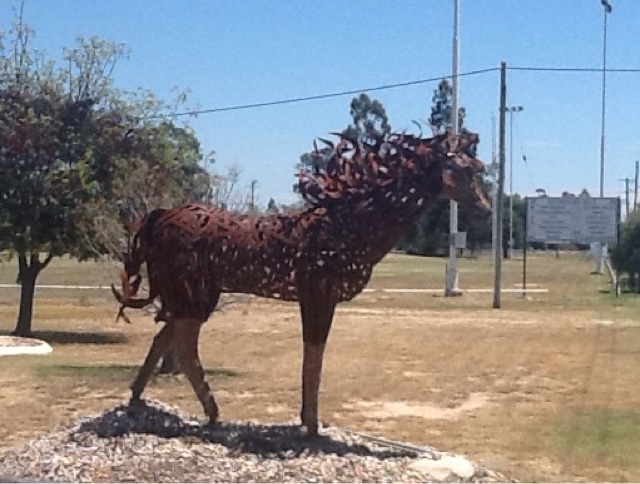 This Big Marron was on the fence at the Charleville Caravan Park. 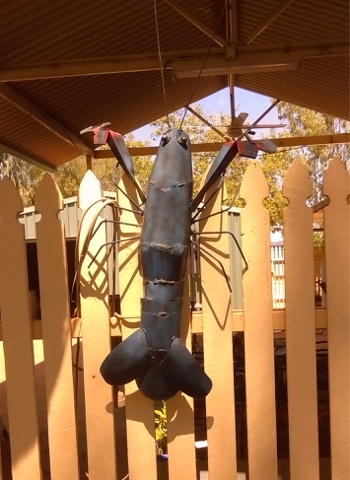 While staying in Charleville I looked out at dusk and saw a hot air balloon rising from the local football oval … I got very excited, but it was only the local Airforce doing demos for the local kids … Nice balloon! 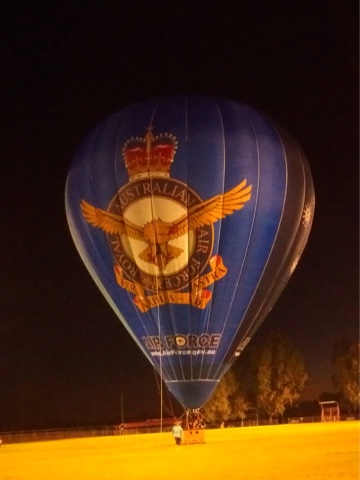 At Morven checked out the miniature village done by locals … Such artistry … Very realistic and to scale! 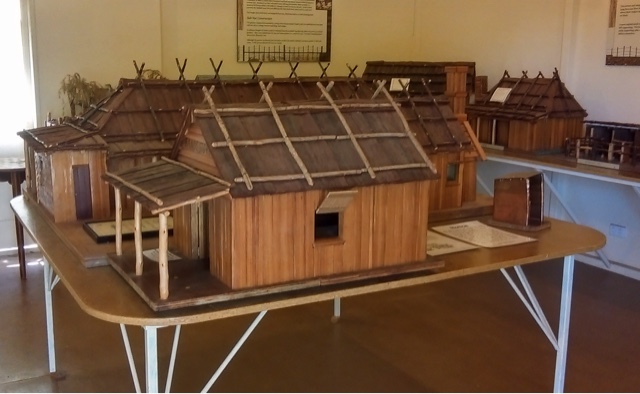 After I arrived in Toowoomba, and getting lost on the way to the supermarket, I found this gem. Not sure if it is a Big Brolga or a Big Ibis, but someone is creative. 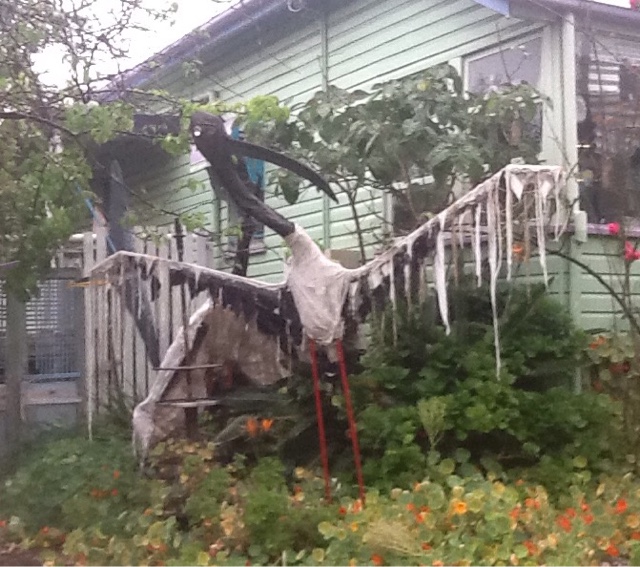 Off to Brisbane tomorrow … Looking forward to seeing James and Kym. Just giving a heads up to my youngest son who ran the Melbourne Marathon last weekend in a time of 3:18:02 … WOW! So proud xx M 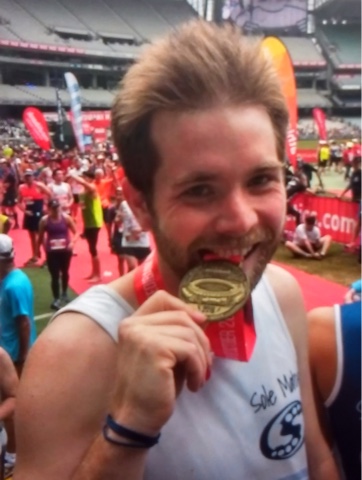