Arrived in Ceduna to more rain, but I am glad that the most boring drive is over! I did have a few highlights though, especially at the Head of Bight and the large numbers of Southern Right Whales just ‘pottering around’. I saw 25 of these magnificent creatures just hanging out. There were more around the headland. I don’t often make statements about things not related to my trip, but I hope the oil rigs that are proposed for the Great Australian Bight do not get the go ahead from the Feds. It would be an appalling scenario if this pristine ‘nursery’ for whales is at risk of a devastating pollution event! 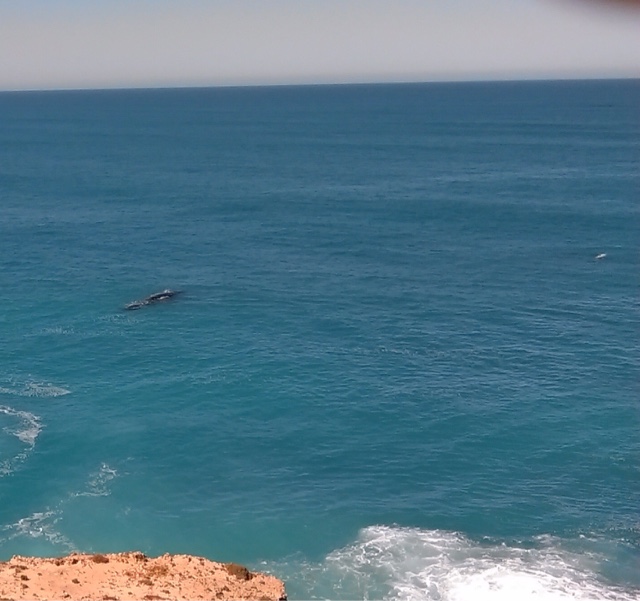 I stopped at the Nullabor Roadhouse to photograph this Big Whale called Kondole, although it strictly isn’t big in relation to the actual size of a Southern Right Whale. 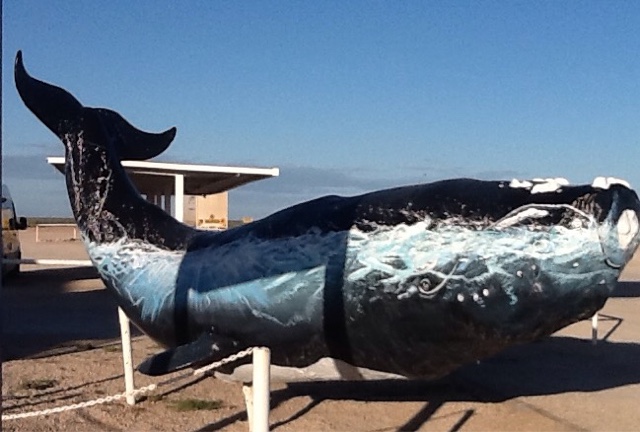 I took a short side trip to an aboriginal community at Yatala to capture this Big Boomerang. 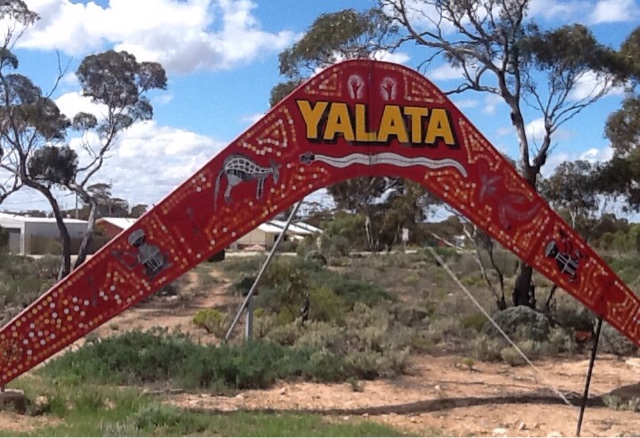 At the entrance off the highway to this community were some Big Kangaroos as well. This example was the best of them. 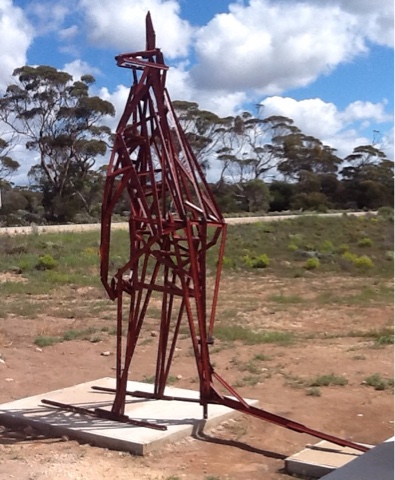 Onto Penong … The town of windmills … Windmills everywhere, including the Big Windmill. 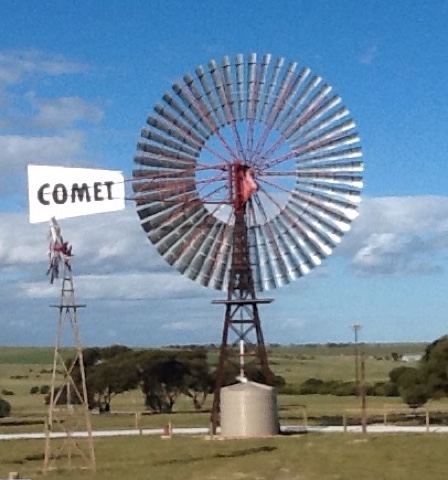 But wait there is more … Many, many other windmills of all shapes and sizes, lots of them at the entrance to the Windmill Museum, which was unfortunately closed. This photo is a small sample … 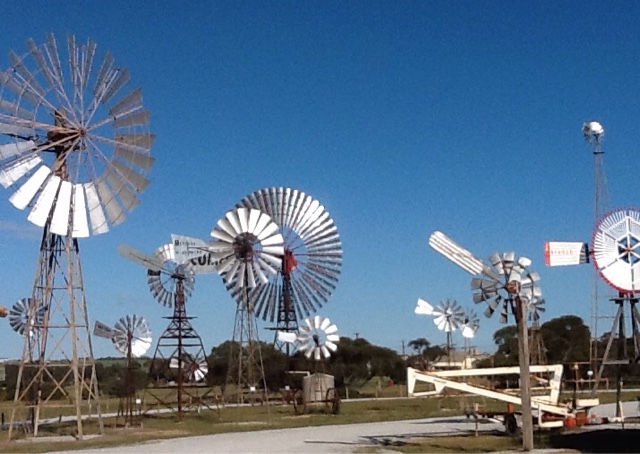 Another side trip to an aboriginal community, Scotdesco, the Big Womat was very impressive.

Finally found this black and white ‘thing’ … Not sure what it is, but as everyone knows I love B&W things … Apparently B&W are the colours of the local footy team! 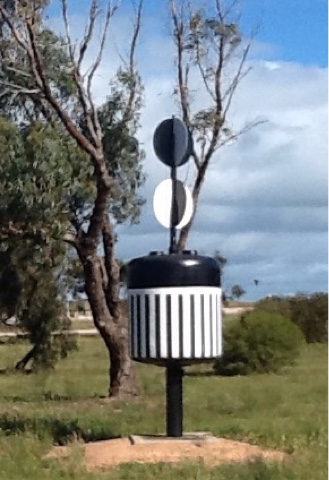 Looks cool eh! Am off to Streaky Bay tomorrow …