Have finally gone mad and ‘pimped’ Narniavan lol! Pretty cool huh? I saw an artist called Iman and thought his stickers would look fab in my bedroom sometime in the future. Then decided they would jazz up the van. His delightful wife Sepida came around last night and put them on Narniavan … Looks amazing! Anyone who wants to order some wall art email wallart@live.com. 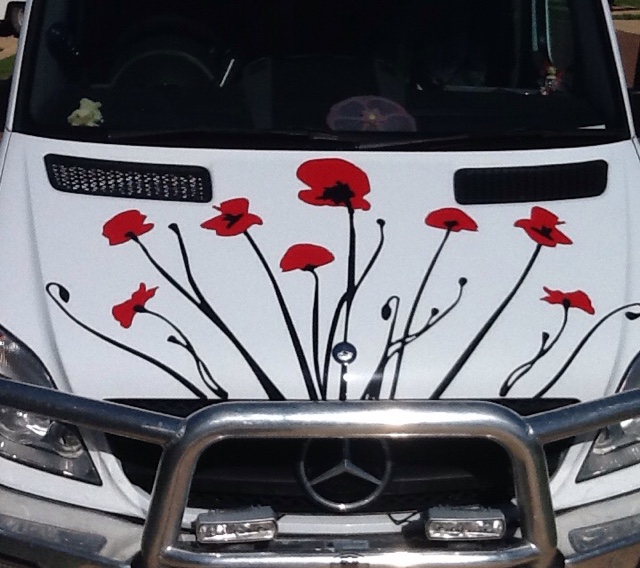 On other matters … Have finally left Perth behind me, and am on my way towards the epic trip across the Nullabor in the next couple of days. Before I left though captured a couple of Big Things that aren’t listed yet.
A Big Rainbow Arch was the first extra one I came across. 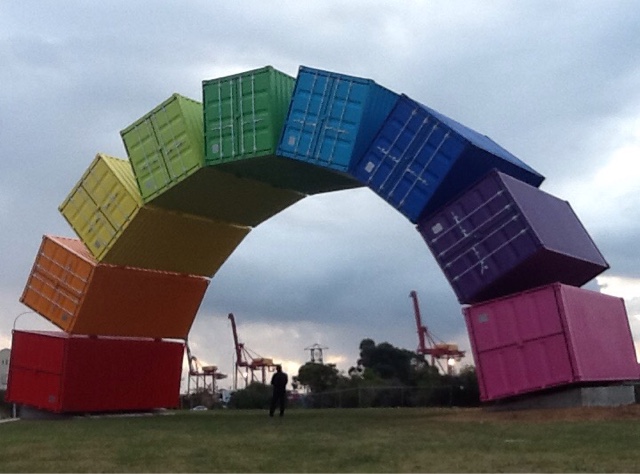 And the Big Viking Head was next … 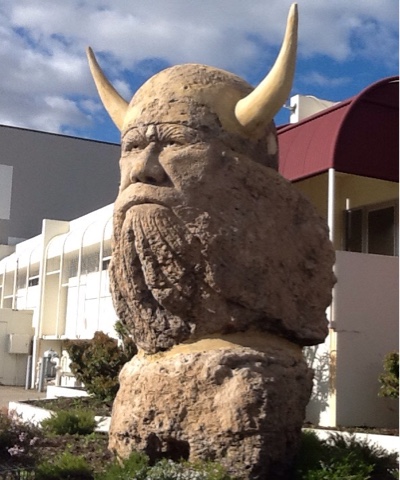 I also managed to download photo-proof that I met with Prof. Brian Cox and Robin Ince … Here Tis!

And on my way to Kalgoolie I found a ‘small’ thing at Kellerberrin … I think it is supposed to be a replica of the Sydney Harbour Bridge.