Posted on July 14, 2016April 19, 2018 by Margo O'Farrell
Trawling through my phone tonight and discovered several photos I had forgotten to post. This Big Dog was on the side of the road on my way out of Albany … 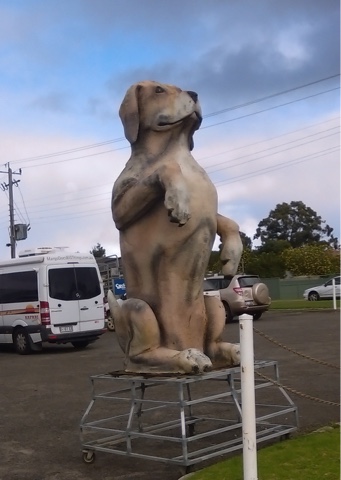 And this cactus sculpture was also there … Not sure why I took that pic? 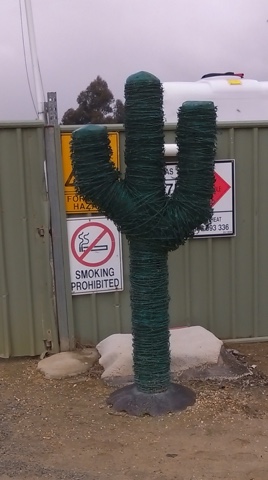 Found another flower in Ravensthorpe … I think it is wildflower as part of their wildflower celebration in September. 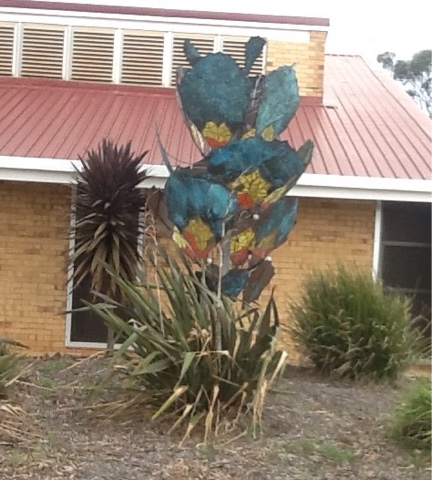 This jeep is on the roof of the pub at Hopetoun … It isn’t a big thing, but interesting nevertheless. 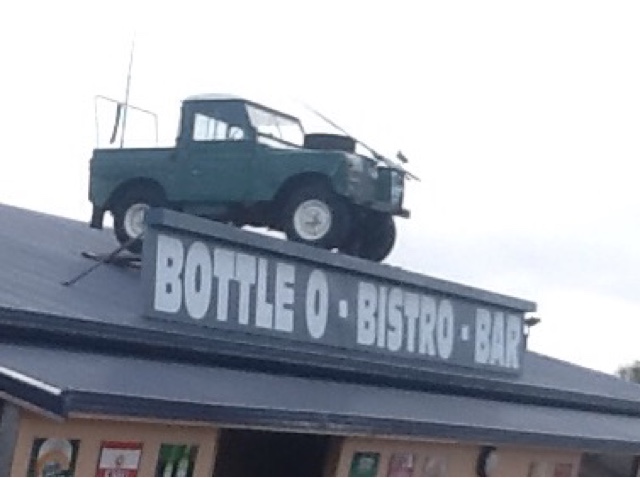 Back to the Big Things … Big Shears at Ongerup. I had a lovely evening at the caravan park … Very sociable and lovely people, and all in the lounge room in front of a roaring fire … Very cosy. 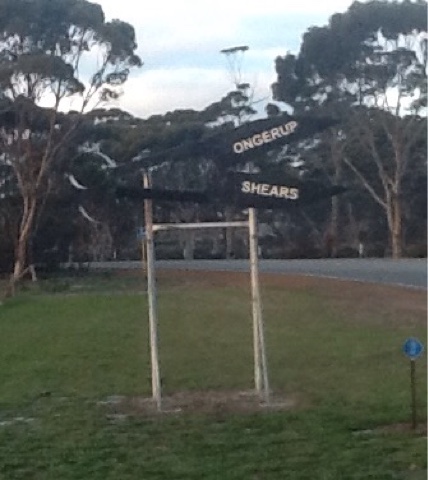 On the way out of Ongerup went to the Mallee Fowl Information Centre and found several pieces of local art … Peacock anyone? 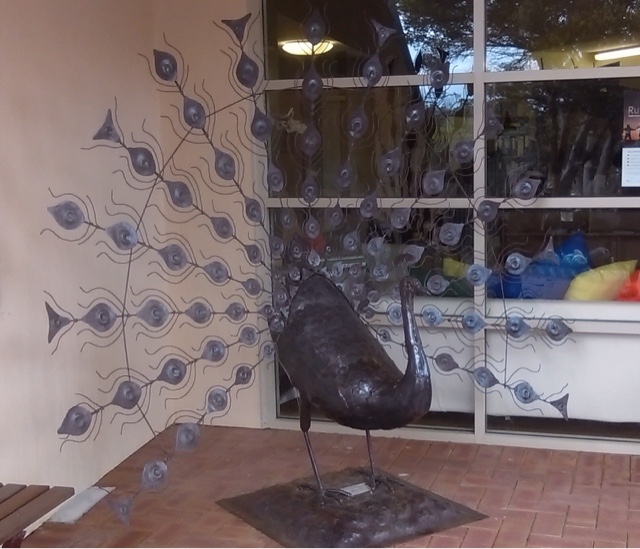 This Big Goanna was particularly impressive.

I went to Pingerup on the advice of the fab people at Ongerup Caravan Park … More shears, but as the Big Electric Shears … Not on any Big Things list, but definitely big. 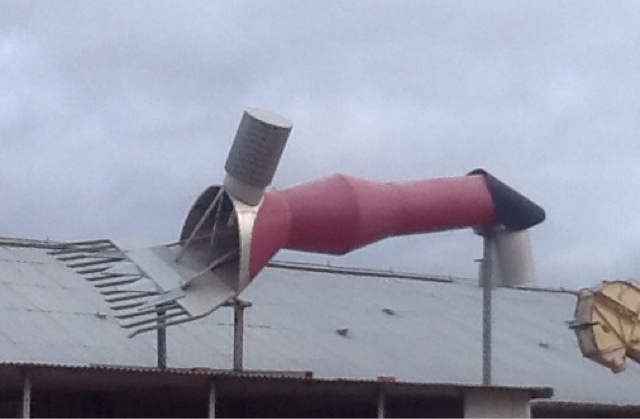 The jewel in the crown for this region is on the Big Things list as the Big Ram at Wagin, but I think it should be called the Giant Ram … It was 7 metres tall … Absolutely huge! Definitely the biggest thing so far, although I didn’t get very close to the Big Dinosaur at the Australian Reptile Park so maybe not! 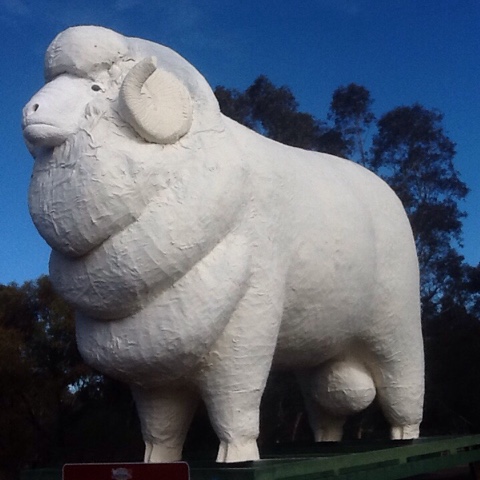 Pingerup also had this Big Icecream on a local shop. 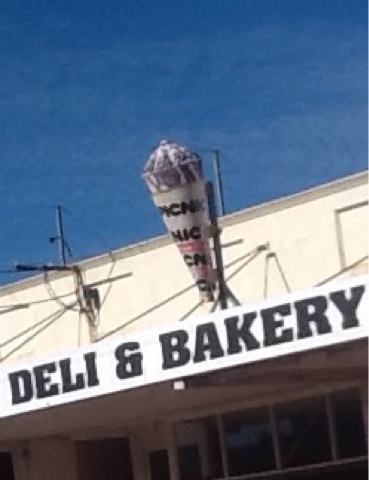 And then there was Dumbleyung … Place of the land speed record set by Donald Campbell in 1964, and they have a copy of the Bluebird that set that record. It has only been on show for 3 weeks so I was lucky to see it. 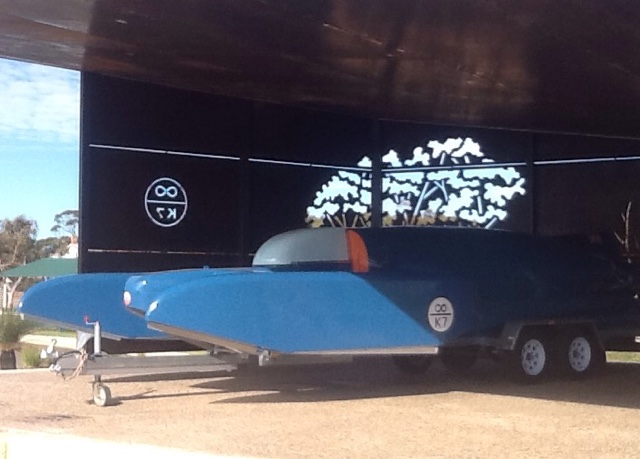 Spending the night at Kulin and found this very cute sculpture on the road into town. Kulin is at the start of the Tin Horse Highway, which I will explore tomorrow along with Wave Rock. Better gets some sleep … 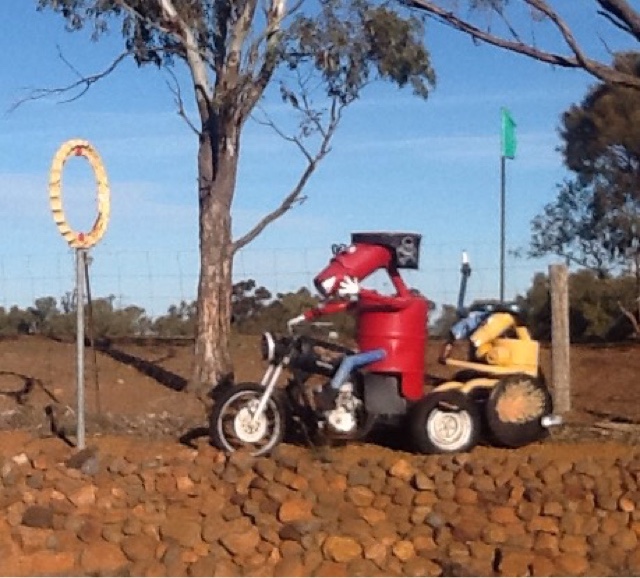 And finally this ‘Big Thing’ … Don’t know what it is … Big Rocketship? Big Egg on Legs? Who knows … Who cares!!! 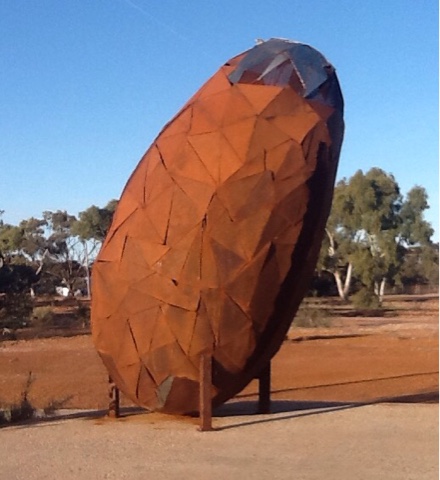