Had a couple of fineish days so did some exploring in and around Albany. My biggest regret is that I didn’t have TV to watch the election coverage … First time since I was 17 that I missed it! Didn’t even have consistent internet service! Oh well at least there wasn’t a definitive result last night so I didn’t miss much lol.

I did a walk around the giant Tingle trees … Forgot to get a pic, but found this Big Beetle on the advertising sign. It was very pretty. 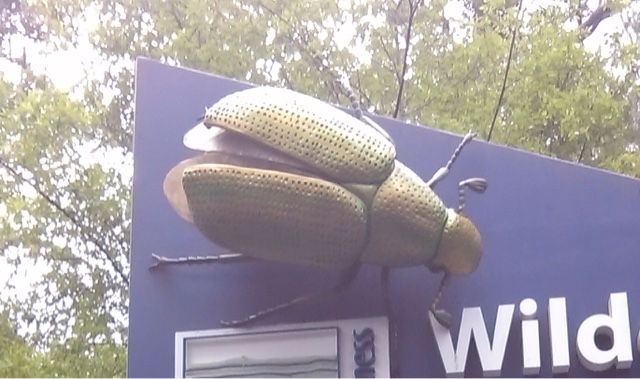 I made a big trip to a place called the Castle Rock to explore some more. I went into the local Visitor Information Centre to garner information about some stuff around Albany and lucked out on the assistance I received. A young man provided maps and brochures, and marked the road I needed to take to get to Castle Rock. He said it was easy to get to … Oh yeah … Wrong! I drove 75 kms and found when I got there it involved scrambling over rocks (more like huge boulders) and scaling a 7 metre vertical ladder to get to it … No signal on my mobile and no one around. I was alone so scrambling and climbing not on … I have realised on this trip that I am no longer 20 and I should not take any chances of falling alone in the wilderness. Safety first!
The worst part if this story is that as I came out of the car park I found a sign that said ‘Albany 40 kms’ … The young man had given me the wrong directions … Bugger!
Now onto more interesting things … Found some other things beside the usual big things. Had another foray into the surrounding Albany National Park to find a place called The Gap with a platform over the cliffs with wild seas underneath and only a wire mesh floor to walk on … Very amazing. Nearby I found a natural stone bridge a bit like Tassies Devil’s Arch. 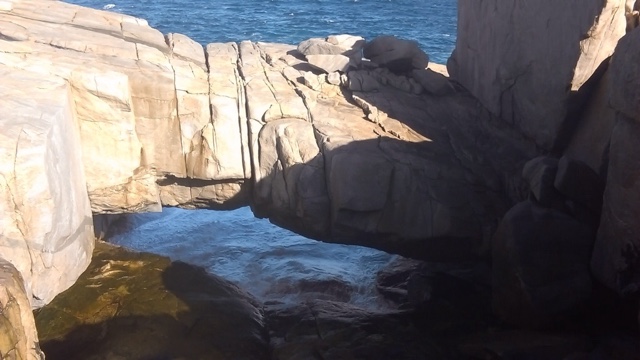 Albany had a few things noteworthy of this blog … Firstly a Big Gin Distillery … It isn’t really a Big Thing, but it was Big.

Then there is the Big Dog Rock. 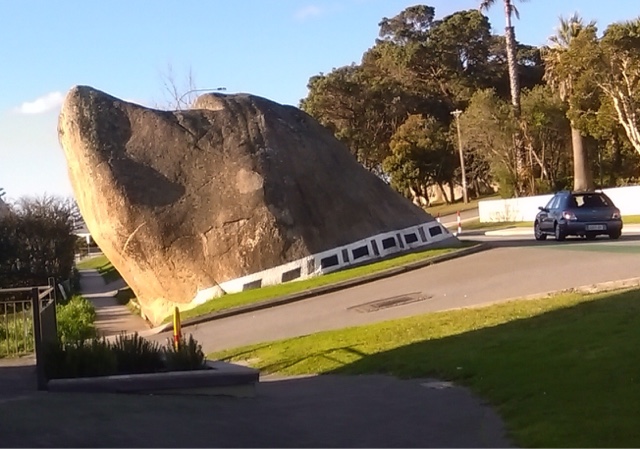 And the small Aboriginal man in a local park. 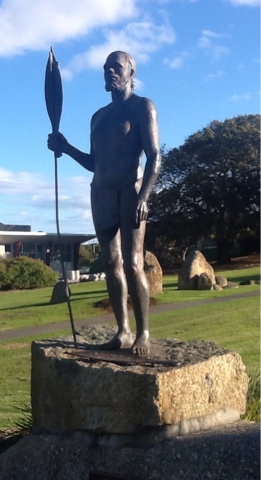 And it wouldn’t be complete without the usual Big Blue Whale statue. 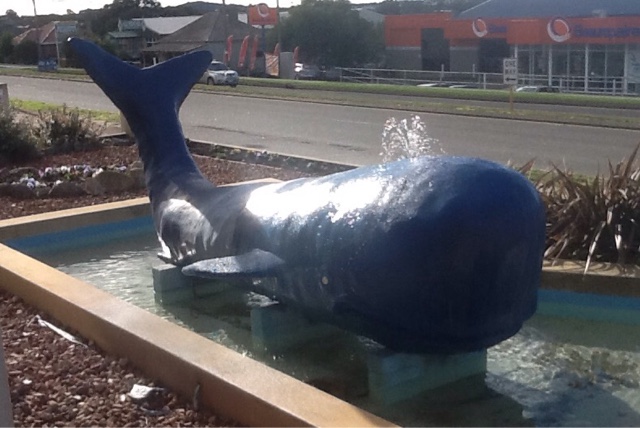 Oh and this thing … May be called ‘Dick on a Stick’, but actually an attractive weathervane in a side street of Albany. 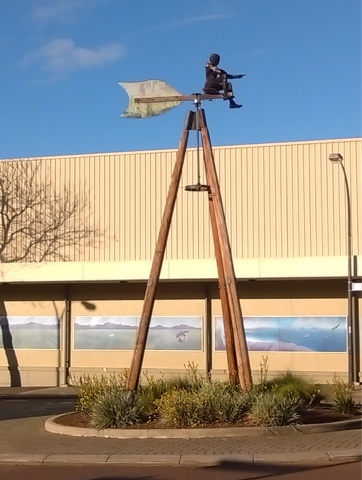 Finally I had planned to hunt down the world’s biggest barometer, but the weather has been so crappy I didn’t venture outside the caravan park today … Will see what tomorrow brings. Now let’s see if the Internet is stable enough to publish this post!