But before I reached Perth, I took some photos and found another Big Thing! Firstly the tallest steel lighthouse in Australia … Found in Geraldton. Not found in Geraldton though … The Big Yellow Submarine … Apparently being refurbished!

And they have some interesting Rubik’s Cube lookalike toilets! 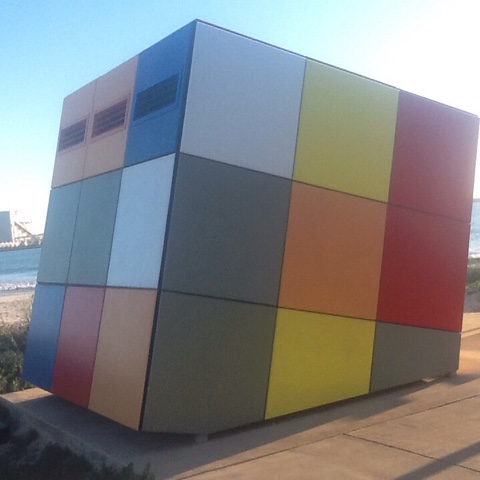 And the local school has some interesting sculptures, including this one … 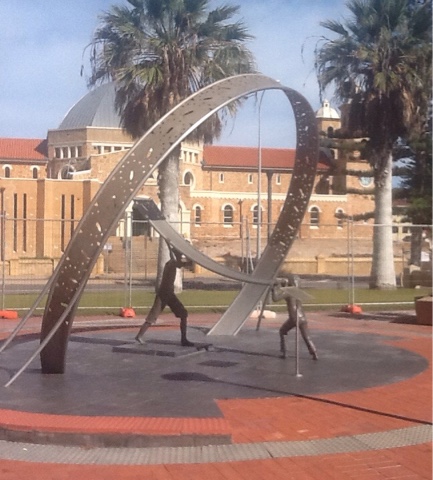 On the road to Jurien Bay … Nothing to see … A pretty place with more beaches. Also many sand dunes … Wish I was younger so I could go sand boarding!
I did find the Big Lodster at Dongara … Doesn’t appear on my Big Things list even though it was installed in 2005 … Wonder why? 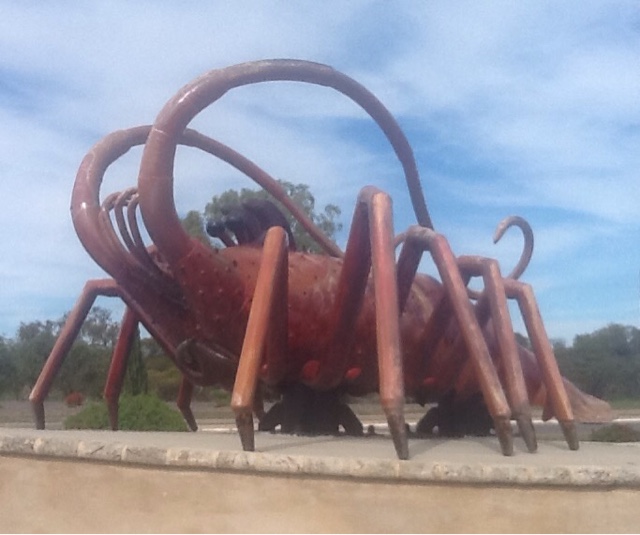 Before I arrived in Perth I took a short side trip to the Pinnacles Desert, where there were an amazing amount (in the thousands) of ‘pinnacles’ … Calcite protrusions in a sand desert … Uncovered about 6000 years ago, but the science points to them being buried and uncovered many times over the thousands of years previous … Thought to be calcified tree trunks of an ancient forest. 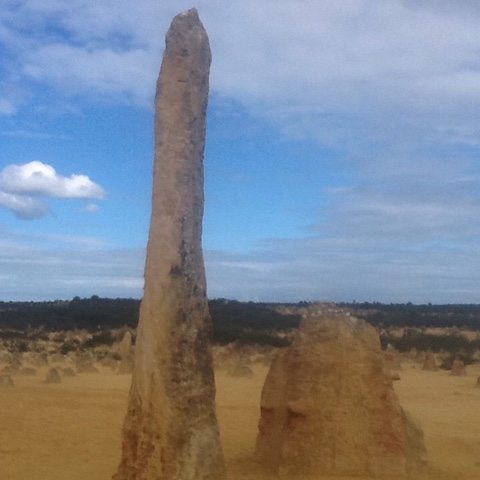 On the side of the road were many Big Leaves … Public sculptures that may be an indicator of human’s stupidity … A process of trying to halt the movement of the sand dunes that are apparently travelling north at a fast pace. Silly people! 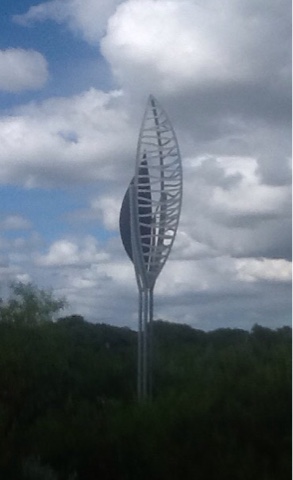 That’s it … Tomorrow Fremantle for a week, and more exploring of Perth before heading south to Albany etc.