The further south I go, the cooler it gets, but I still haven’t broken out my jumper. Everyone is wearing jackets, but not this cool Tassie chick … Bare arms at all times lol! Of course I am only at Geraldton … Wait till I get to Esperance … Bet that changes!!!

Took a few more photos at Kalbarri before I left. I was taking this photo if a blue bench, not a big thing, but interesting nevertheless, when a youngish man and I got chatting … His wife was off shopping or something, and as we were going to look at the waves on the coast, we walked together. It was a pleasant walk and conversation … Thx Dean. 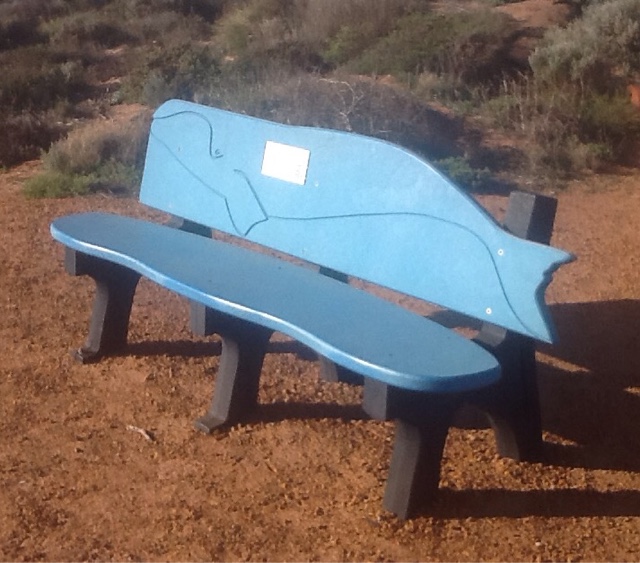 This photo is taken of the entrance to Kalbarri ‘harbour’ … I watched a boat negotiating the treacherous waters … Massive rocks stick up through the surf … I was most impressed by the skilful navigation … Photo doesn’t do it justice! 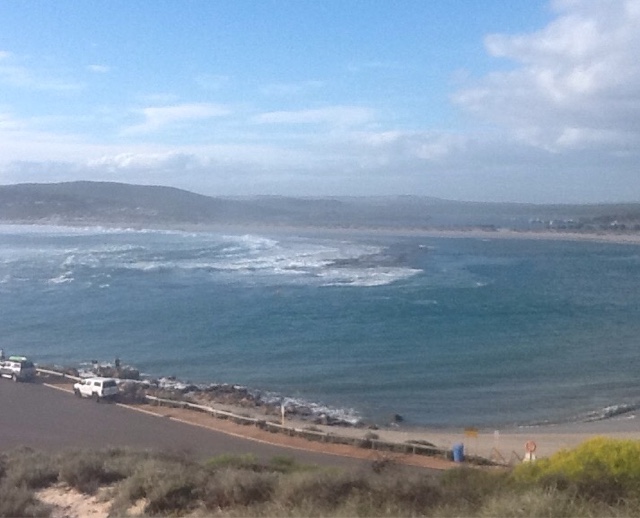 Also took a sunset photo from the back of my van … Very pretty, but I think I need Tina to come and take my photos for me … 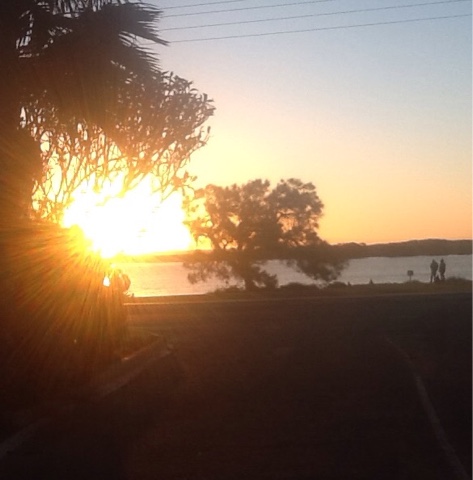 Travelled towards Geraldton, but before getting there, I turned off and went (down an appalling unsealed road) to the Principality of Hutt River. Most of you weren’t around for the fuss of a declaration of war and following secession in the 70s, but having read some information on display at this piece of sovereign land, I am impressed by the legal minds that made this secession successful. It was all over wheat quotas … Some things don’t change! I met Prince Leonard … He is, in the words of politician recently, barking mad! The whole shebang is centred around a new mathematical theory invented by the Prince … There is even a new Fibonacci number system … Not sure how that works. Anyway this bust is at the entrance, and is presumably based on a very young version of the man I met, who is now more Gollum-like. 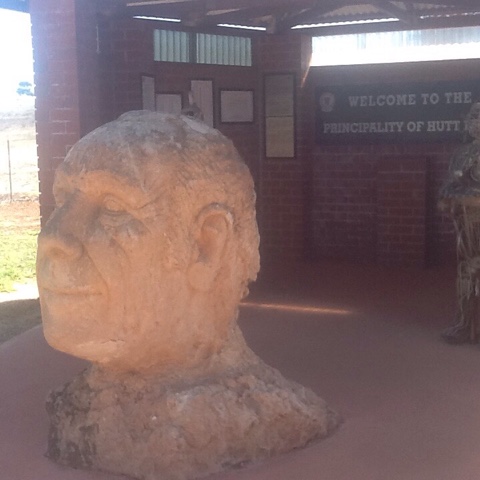 Onto Geraldton … Where I met a fab couple, Kate and David, who are driving a copy of Narniavan, bought from the same place from where I purchased my van. Kate was a nurse, and is also allergic to garlic … How about that! We exchanged lots of information about travelling around Oz in a van. I hope I get a chance in the future to catch up with them again.
I did go and visit the HMS Sydney Memorial on a hill overlooking Geraldton. Very impressive and lots of symbolism. 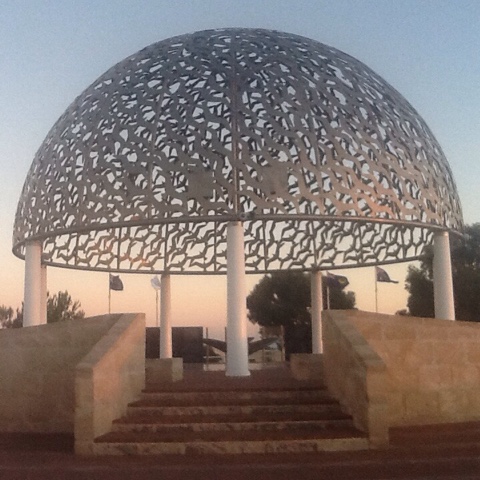 Took another photo there of a bronze statue of a woman looking towards the west and the sea … Quite poetic. My photo doesn’t do it justice. 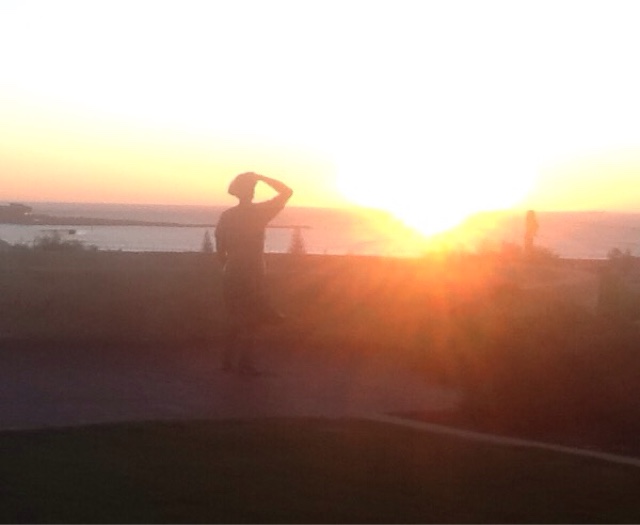 Another day tomorrow … Will go I search of the Big Yellow Submarine and Australia’s tallest steel lighthouse.