Just spent 4 days in Coral Bay, swimming and snorkelling in a beautiful sheltered bay … The weather was magic, the corals were different from the Great Barrier Reef, but still very impressive … Not so colourful though.

I also found this sculpture in Exmouth … Everything at Exmouth and Coral Bay is called “Ningaloo” … So much so that it hard to know which company is which, and the whale shark image is everywhere! 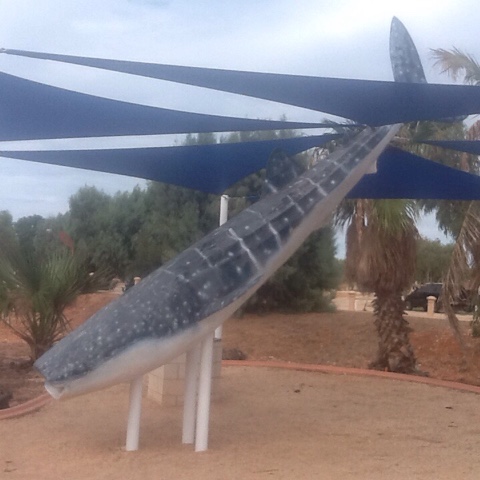 This next photo looks ordinary, but it is anything but ordinary … They are a Big Camp Chair and a Big T-Shirt. I don’t think they qualify as Big Things as they are temporary displays, but big they are … I couldn’t even climb up on the chair it was so high. I should have put Anabelle the shelf fairy on the arm so there was some perspective to compare … Oh well nevermind, if I ever go back to Exmouth again I shall retake this photo! 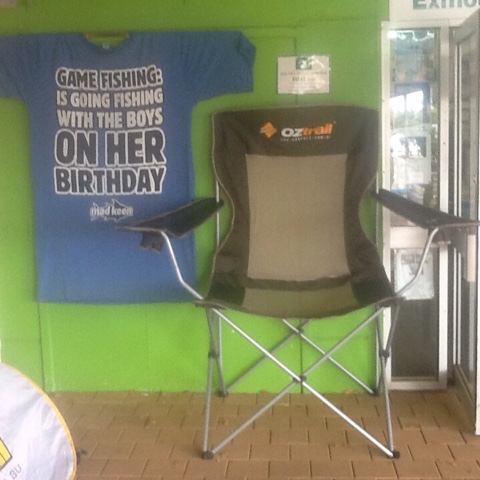