I have been lots of places in the last couple of days, but no internet to share my ‘finds’ with you. After the massive lightening show in Belmont South tonight … Probably the thunderstorms in Sydney … I have finally got a signal so here’s hoping I can publish this blog soon.

I have been wandering around Lake Macquarie, but went as far south as Gosford. Stayed at Avoca Beach for a couple of days, visiting Terrigal and Ettalong too. This photo is the place where I had lunch one day … Beautiful! 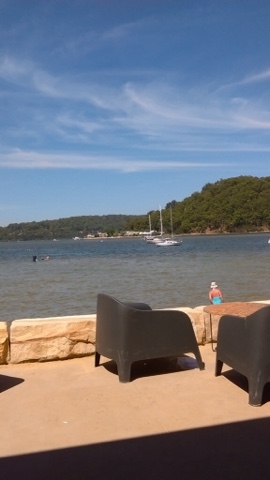 I also visited the Australian Reptile Park. Now as you know I don’t like zoos, but this one had some Galapogas tortoises as well as several Big Things so I had to visit it. What a weird collection of fauna, from dingos to Tassie Devils to owls to koalas … All of which aren’t reptiles. Of course there were some reptiles … Slithery snakes and iguanas and lizards … But best of all was the platypus (a mammal of course!) … Usually too hard to see really well as they are shy things, but this one was very friendly and happy to put on a display!
Onto more Big Things though … All below are to be found at the Park. 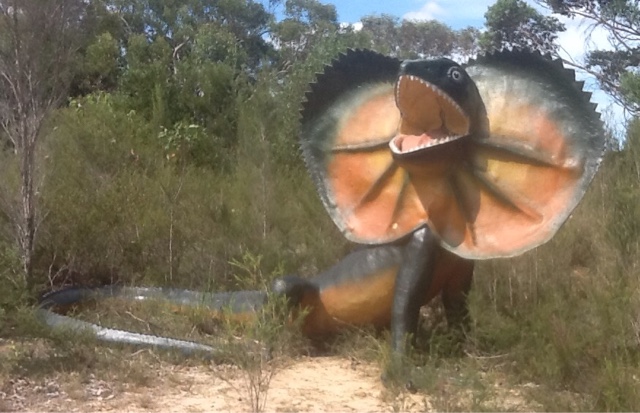 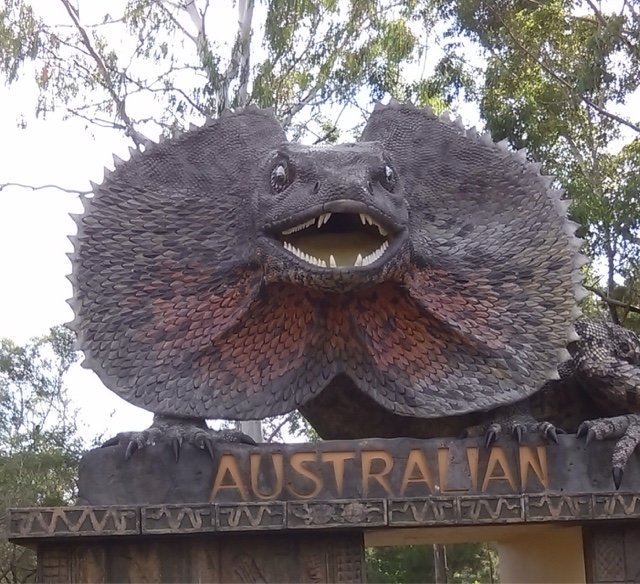 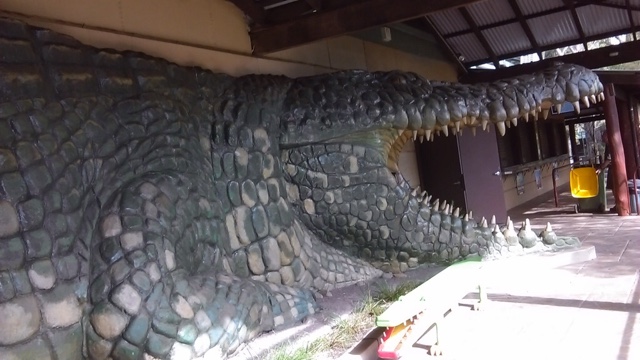 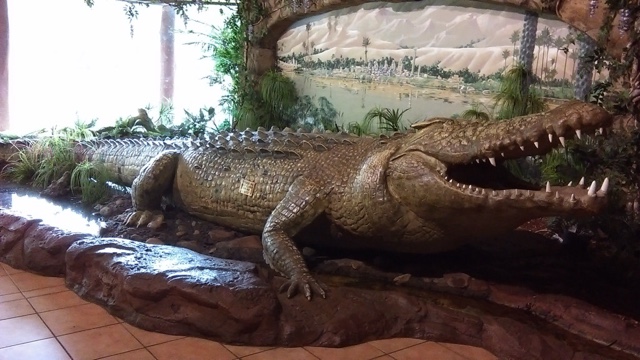 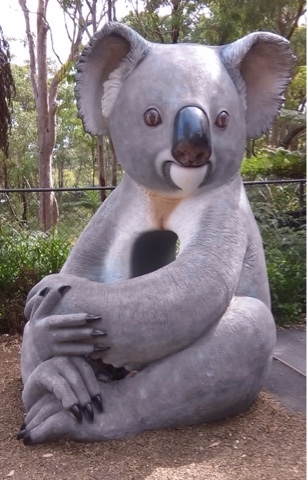 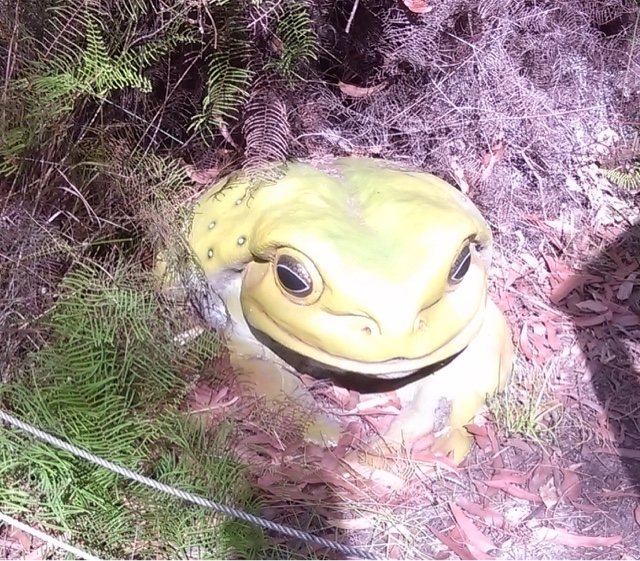 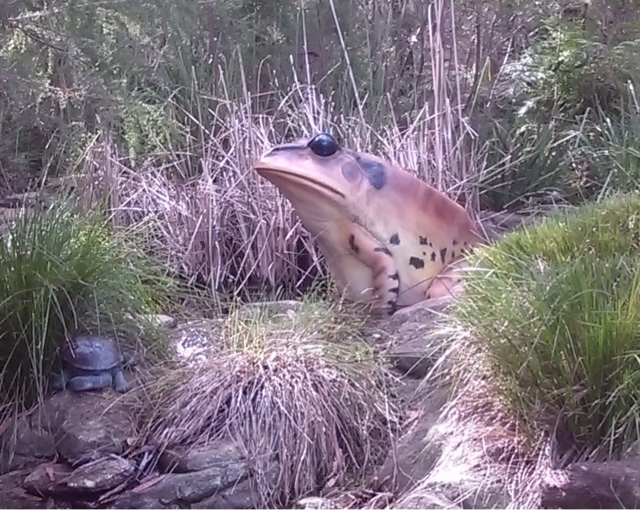 And although this is a photo of a photo because getting to it to take a photo proved too hard as it is up in the hills on the M1 … introducing Ploddy! 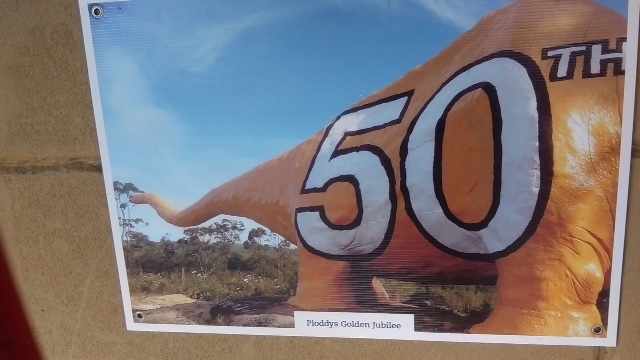 While I was visiting Sue Bailey’s mother … A charming and funny lady … In Gosford I spied this water tower on top of the hill behind the nursing home … Could get close enough for a photo so nicked this one of a website. 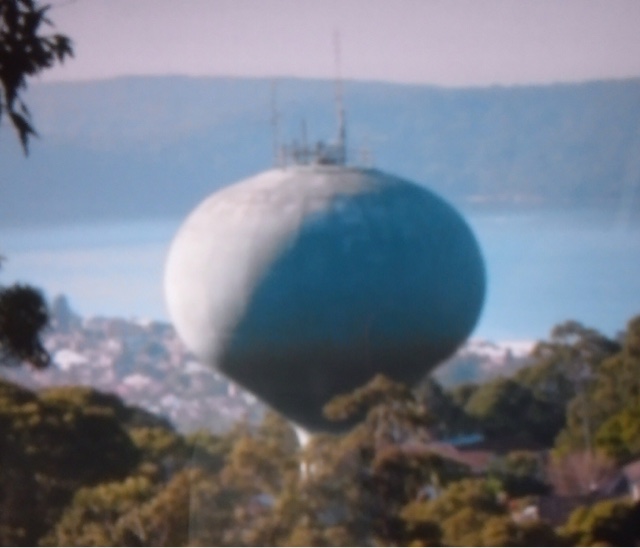 On my way back to the Lake Macquarie area, I found these and many more examples of decorative balls at Long Jetty. 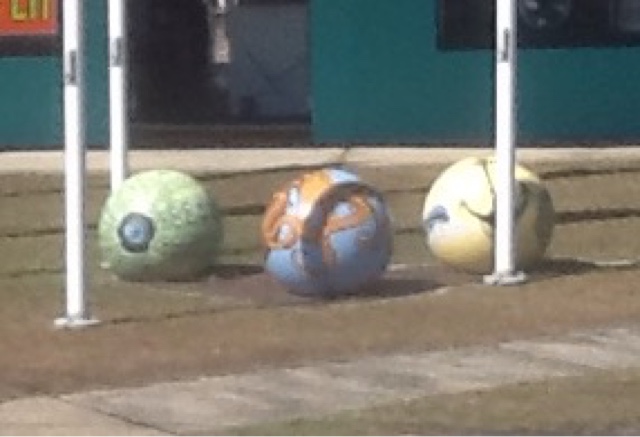 A bit further on I also found these Big Black Balls. I passed them again later and they were ‘decorated’ by graffiti… Such a shame! 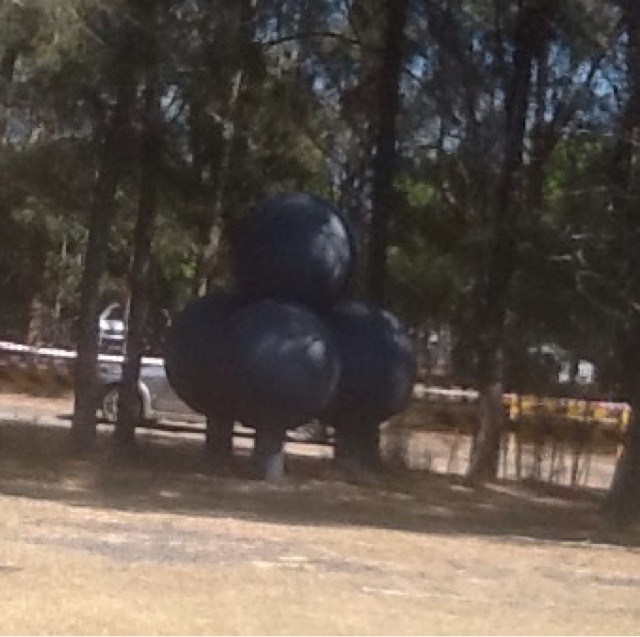 And lastly the Big Prawn on the highway at Catherine Hill Bay … Looks a bit forlorn as the service station it was advertising had burnt down ages ago, but obviously they saved the prawn. 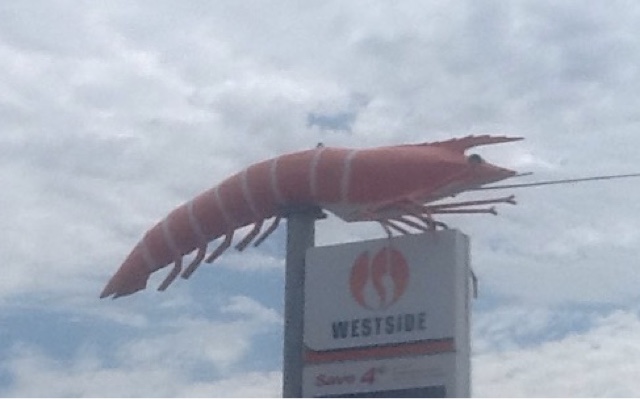 Tomorrow … fix the window first priority, then put a pin in the map to see where to next!