Before spending several days at Gloucester I did some wandering! Passing through Stroud I noticed a sign that advertised the Brick Throwing Competition in July … Pity I will miss that one lol!

Onto Muswellbrook to find a very ugly Big Blue Heeler … What do you think? 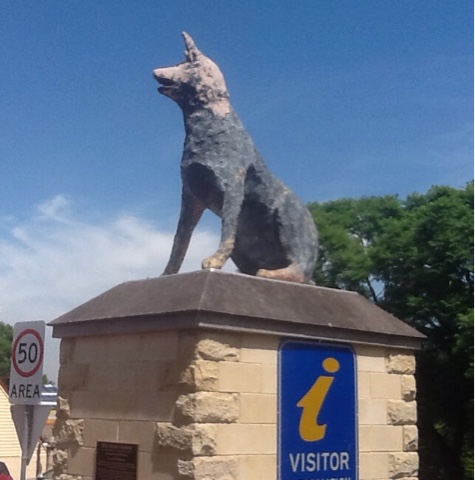 Just outside the town I found a small scene from the Flintstones. Not a Big Thing, but fun nevertheless.

The letterbox next door was a boot … Definitely ‘bigger than normal’. 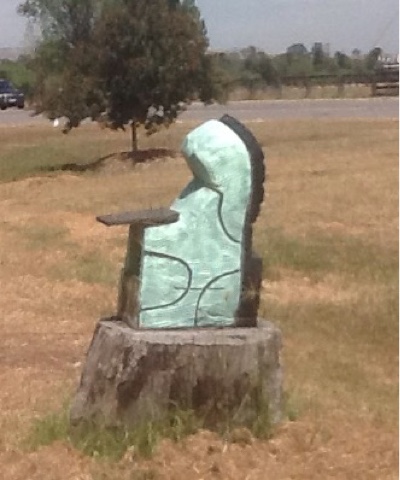 Passed through Kurri Kurri, a ‘town of murals’ … Not as impressive as Sheffield in Tas, but worth a look if you are passing through there. 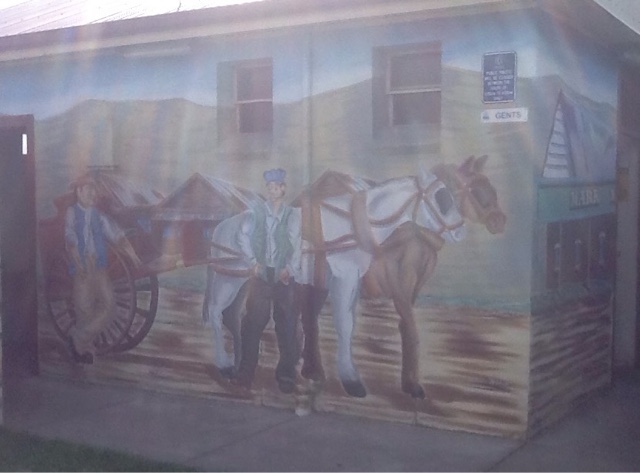 It does have a very impressive Big Kookaburra though! One of the best examples of a Big Thing I have seen. 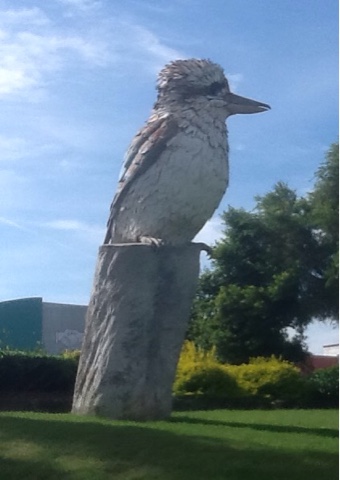 Travelled through Neath, but had to double back as I saw a sign that said it was the ‘Home of the Miners Lamp’. I thought I must have missed a Big Thing … I hadn’t … It was a real miner’s lamp left at the local pub by a young man going off to World War 1 who didn’t come back … Sad story, but full of bravery!

I had been at Hawks Nest earlier the week before, but I missed adding this photo of a Big Barrel for the blog. 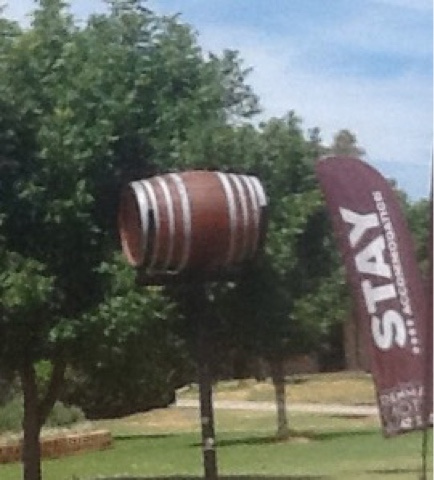 While I was wandering around the countryside I visited Nelson Bay on the opposite side of Port Stephens. Lots of people told me it was a pretty place, but it was full of tourists and highrise apartment blocks … Yuck! Anyway on the way there I found a Big Boomerang …

And a Big Aboriginal Man … 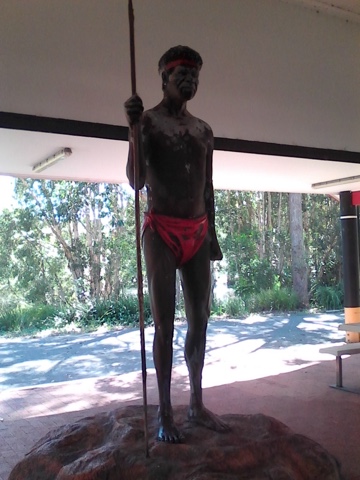 Also in the vicinity, a Big Kangaroo … 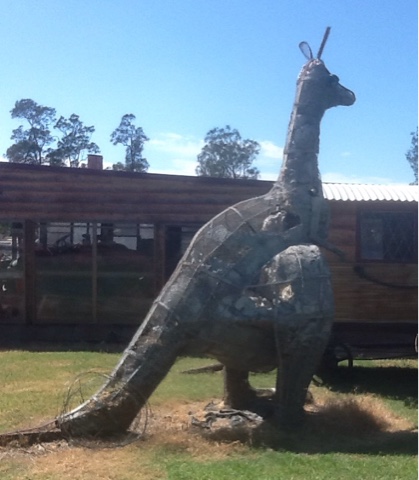 I said I wouldn’t photograph anymore Big Golf Balls, but this one was yellow! 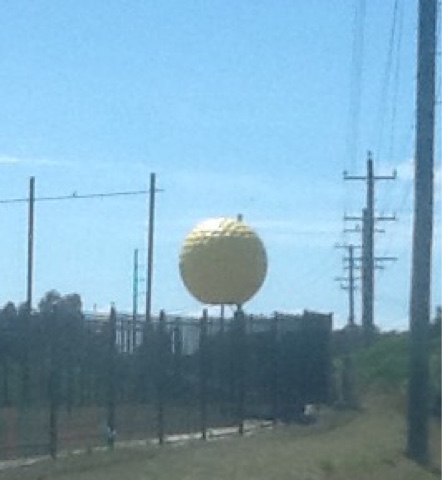 At the entrance to Nelson Bay … A Big Cute Whale. 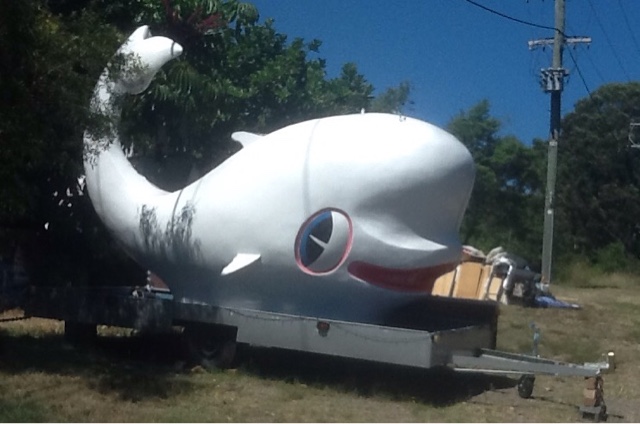 And finally to bring the blog up-to-date, my friend Brian Bailey lighting his Xmas present … A firebox for campers … Personally I think he was just disguising a fart lol! 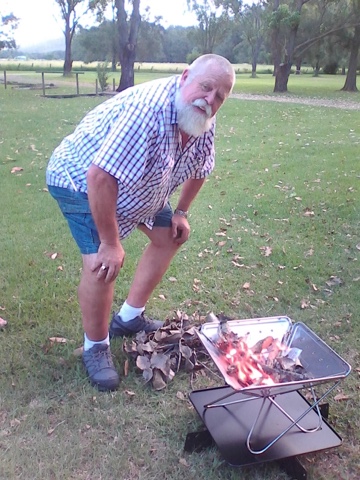