Did spend some time at Tuncurry/Forster, and loved it. I took some pics of the water … Spending lots of time in and around water because it is sooooo hot! Before I publish those photos, I want to say to that person who said to always go left in a maze and you will end up in the middle … NOT TRUE! I tested that theory, involving other happy travelling strangers from Gosford at a maze near Coffs Harbour, and we ended up back where we started, but nowhere near the middle!!! We had lots of fun though, so worth the testing of the theory.

Now onto those water pics … This is a bathing enclosure at Forster .. Spent hours there, and swam for hours. The water was salty, but so warm … Without the waves at the adjacent beach. If you are wondering why there wasn’t anyone in the water … It was as the sun was going down, and I was just lucky to get that shot.

Went onto Seal Rocks, also on my bucket list of ‘must visit’ places. I have often described Tassie as a place where there are beautiful sandy beaches with no one on them … That is what I say separates the mainland from Tassie. This foray onto the beaches in this part of Oz proves me wrong … Eek! 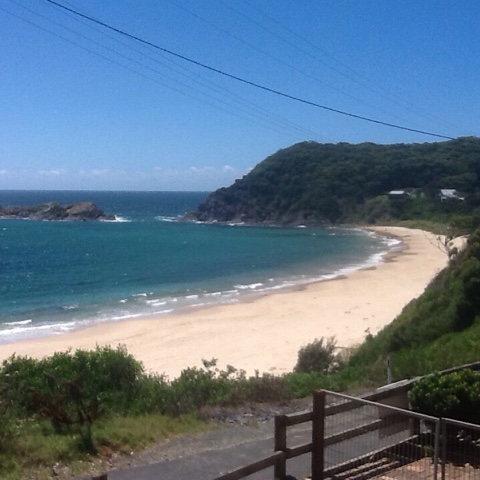 Took a long walk up 1 km of fairly steep hill to check out the lighthouse at Seal Rocks … It was a battle as it was about 36 degrees and very muggy! I did see a large pod of dolphins just off the rocks obviously feeding, but it was too far away to take a photo. I had to be satisfied with a pic of a kookaburra that had perched on a tree near my van … It let me get very close, and its partner happily dug up insects a bit further away. Neither were concerned at all by my presence. I stayed quite a while watching them … It was in the shade, and a lots less hot than walking to the lighthouse. 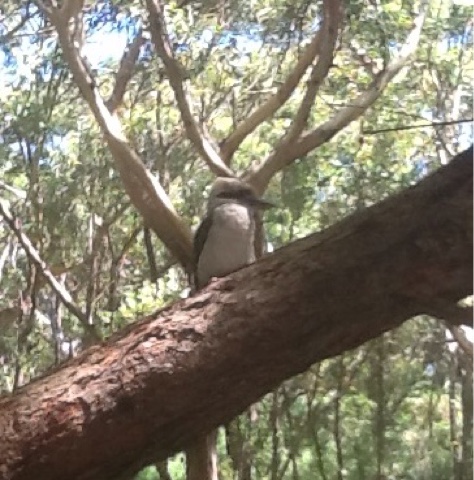 Heading south I came across a sign pointing to ‘NSW’s tallest tree’. Who could resist that! Crap road in, but the tree was very tall. . It is called The Grandis after the eucalyptus Grandis species, or flooded gum. It is about 400 years old, 76.2 mts high, with a diameter of 11.5 mts. Wonder how it compares to the huge gum tree saved recently in the fires in Tas? 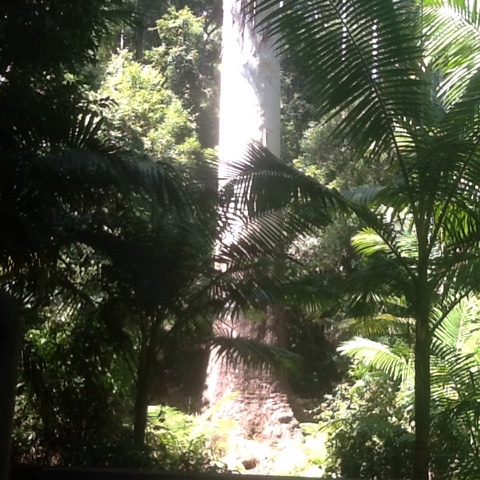 Visited the Newcastle Museum, and found this gem(?) outside … Not a big thing, but very artistic. 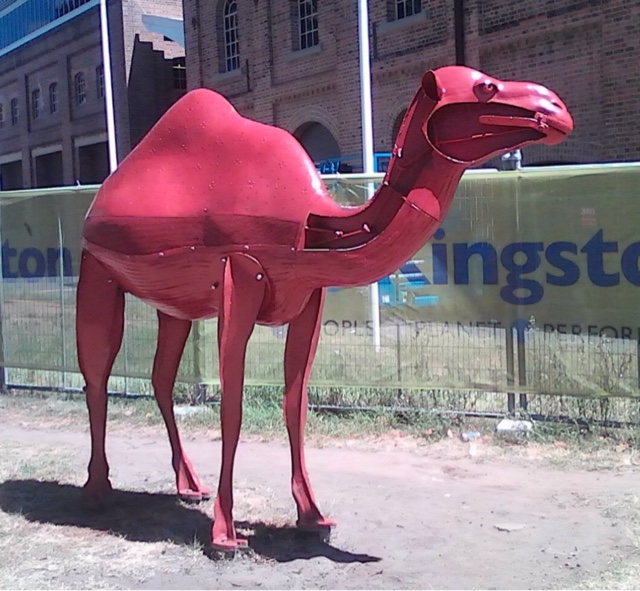 I did find an unlisted Big Thing outside the Newcastle Library … A Big Nest with Big Egg! 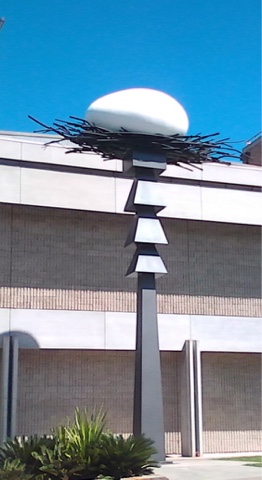