Posted on November 7, 2015April 19, 2018 by Margo O'Farrell
I decided it was time to venture out from Sydney. I failed to collect any of the recognised Big Things as the weather was crappy and the rain was torrential a lot if the time, but my son Charles did take this photo for me … Big Bullets in Hyde Park. 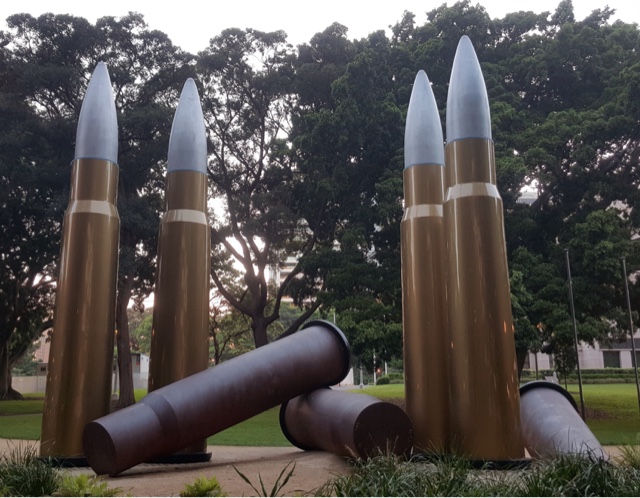 I am not sure what made me think it would be better in the Blue Mountains … The rain isn’t torrential, but it is never ending. I found these two bronze statues at Bondi Junction. Interestingly they are the same as the ones at Indooripilly. A local artistic couple makes them according to the plaque near the sculptures. 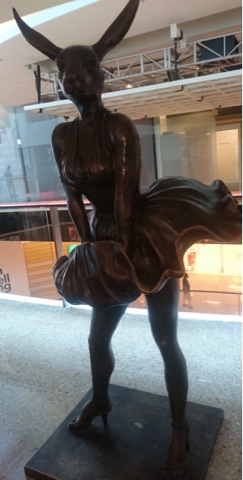 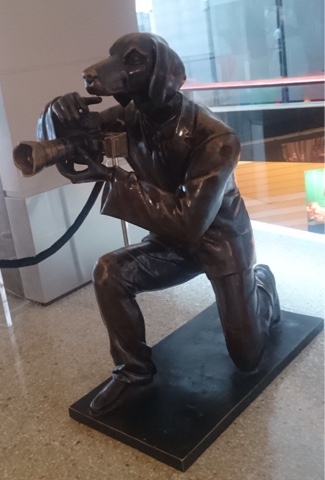 I headed off into the wide blue yonder, except it isn’t blue. I found the Big Rollerskates at Emu Plains before the rain got too heavy. 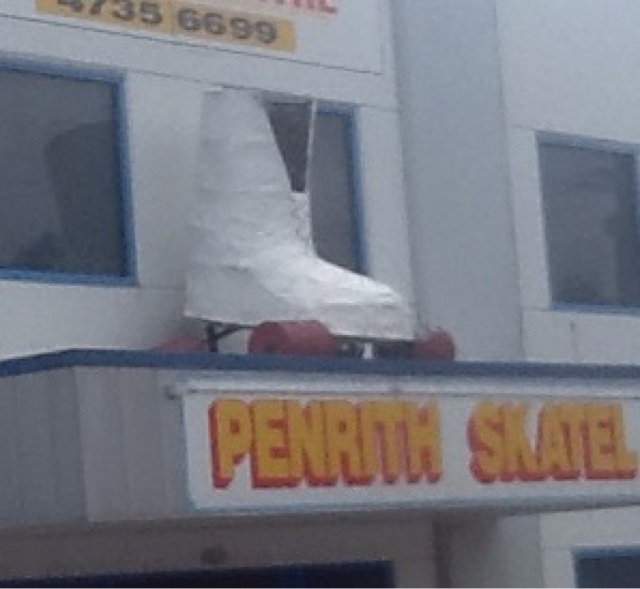 I also found this sculpture made up from 10 slabs of concrete in the Blue Mountains. It was the longest horizontal public art sculpture at the time of installation. This slab is just a sample. 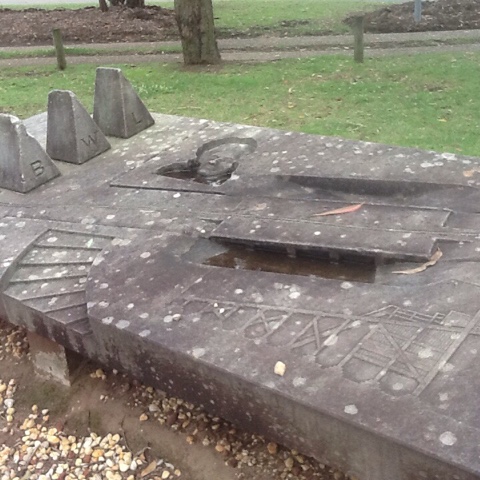 Nearby was this other art installation … Very fine. 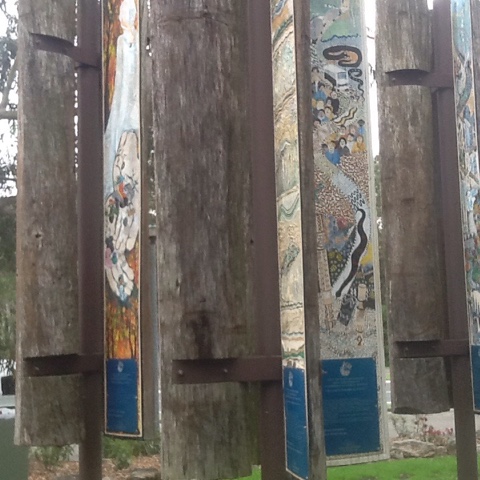 Although I had decided not to take photos at Garden Supply outlets, I couldn’t resist the orange Big Giraffe. There was a Big Gorilla too … The same one I found near Cleveland in Queensland. 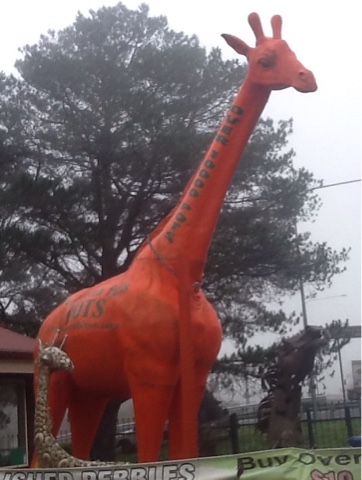 That was the end of photos for today as the rain was persistent, and the mist was so thick it was difficult to see the road, and there were idiots on the road without their lights on … Dangerous conditions so I decided to pull into a caravan park early. Hoping tomorrow is better.