Before I left Bathurst yesterday, I finally located the Big Gold Panner … I have to confess I had to ask someone as the Big Things map that I am using had put it in the wrong part of town. 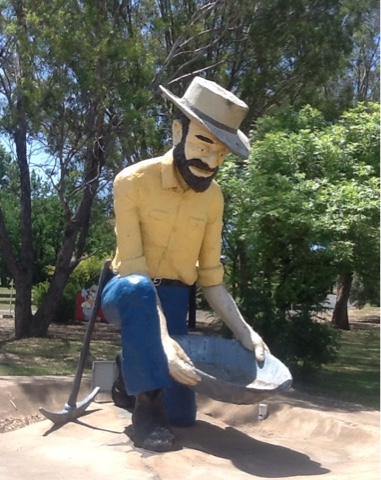 I then travelled through some interesting countryside … Still too many flies … I couldn’t live in outback NSW … Too hot and muggy! I came across this historic landmark … 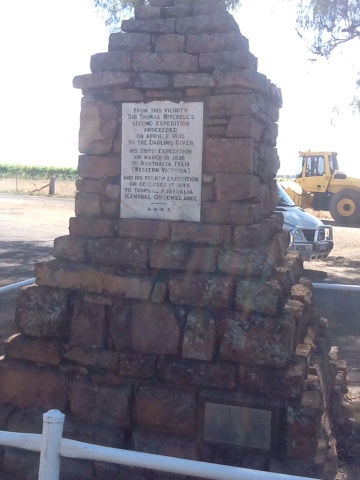 I also found another Muffler … Probably from a truck therefore not a Big Thing, so this will be the last muffler I will record. 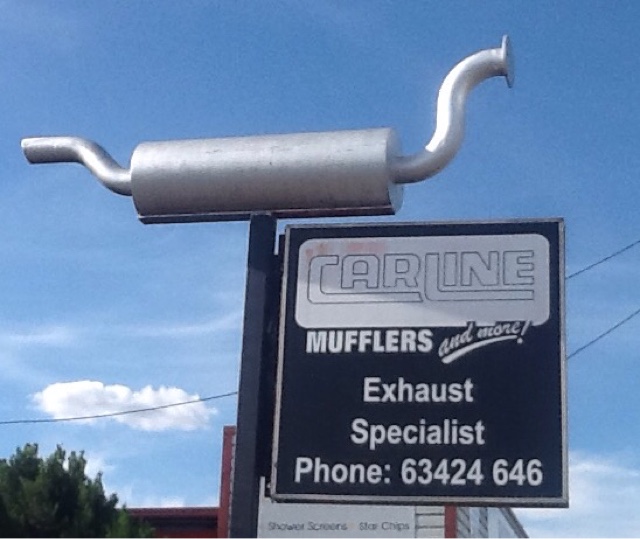 I spent the night at a place called Gooloogong with a pub and ice cream shop lol. It has a great Lions Club campsite with toilets, shower and power … All free, with the option of a donation for the power. Sounds ideal … Except for the flying ants … Millions of them. I went to use the bathroom during the night and it was black on all surfaces … Black flying ants and black beetles everywhere, with the occasional mosquito! I found a tree instead … Yuck … Hate bugs in large numbers!

Went onto Forbes today. Such a lovely town … Still lots of bush flies, but also lots of public art. Now normally I don’t include art that forms part of a sculpture exhibition, but several caught my eye.
I took a wrong turn out of town and came across another Gillie and Marc Rabbit and Dog sculpture … Not a Big Thing, but very professionally executed. 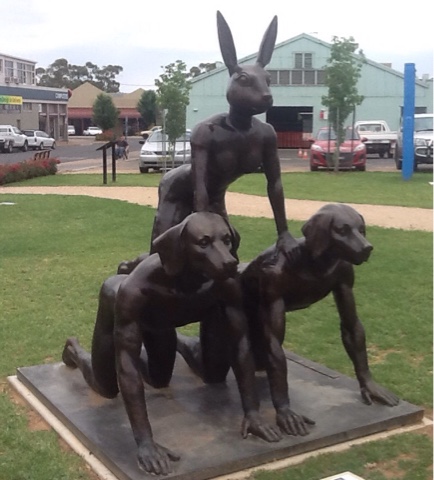 Then there was the Big Red ‘A’. It is part of the sculpture exhibit, but it will be installed on the road from Forbes and Condobolin (hence the heading), so qualifies as a Big Thing. Apparently it is going to be part of the word ‘Amazing’ that is planned for the installation … Will have to come back and see if it is there next year. 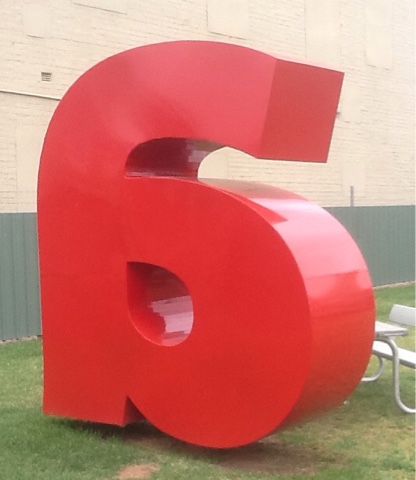 Other things I found at Forbes include … The Thinker, 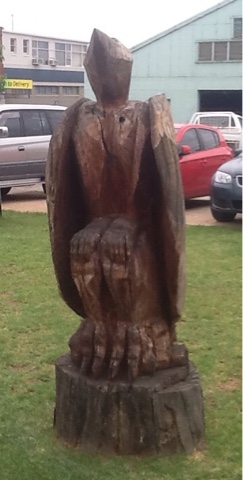 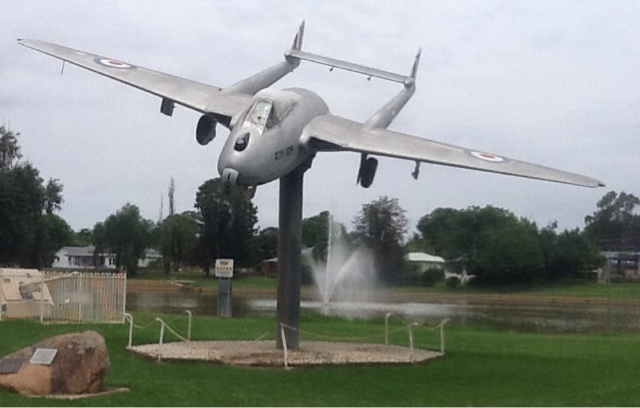 I had to laugh at an old buggy on top of a building just out of town … It was advertising a Motor Museum … Very impressive display of old and vintage cars, motorbikes and kids’ car toys … Worth a visit if you are going past. 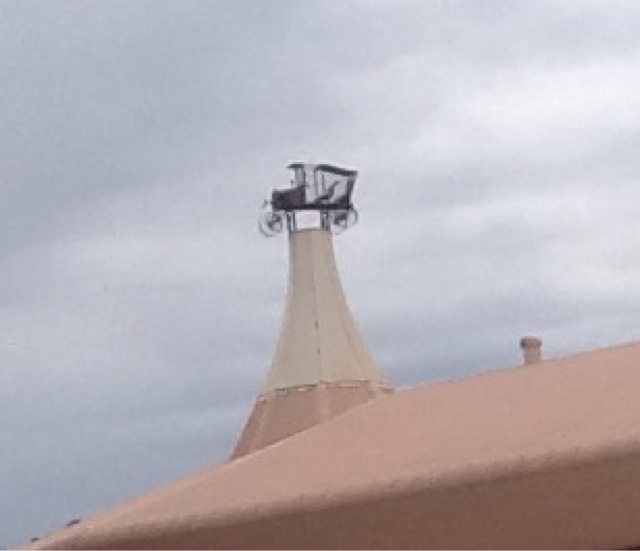 Now about Condobolin … Not much to report … Yet, but just out of town is the Utes In The Paddock display … For tomorrow’s exploits!