Posted on November 21, 2015April 19, 2018 by Margo O'Farrell
I Arrived yesterday to Lightening Ridge in the searing heat. It was too hot to do anything except swim in the pool and have dinner late, although it didn’t get below 30 degrees all night.
So collecting Big Things happened today … Not so hot. Before I left the caravan park, I did go on a mine tour with a difference … The upper level of the mine was full … And I mean full … of sandstone carvings. Anything from Superman to the Simpson to Julia Gillard stabbing Kevin Rudd … Hundreds of them. The mine owner got bored one day and started to carve, and he forgot to stop. I took one pic … Seemed like the biggest one … 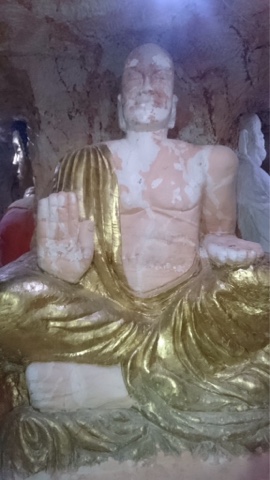 The sculptor who created the Buddha also made this Big Frog, which is located at the caravan park. 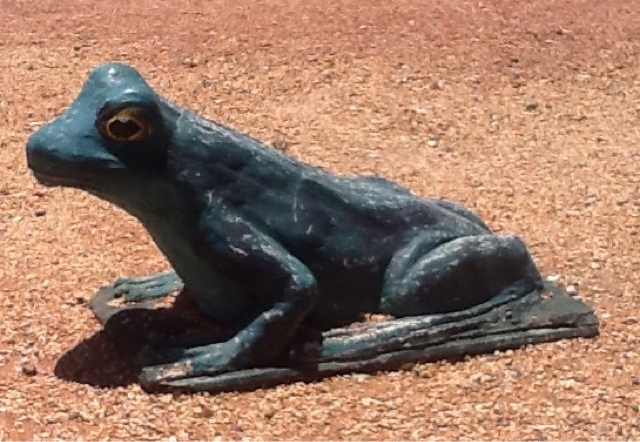 Actually on the Big Things list, this Big Flying Car is outside a local pub. Also around town is a thing about car doors … Green, red, yellow, and as house numbers … Weird habit. 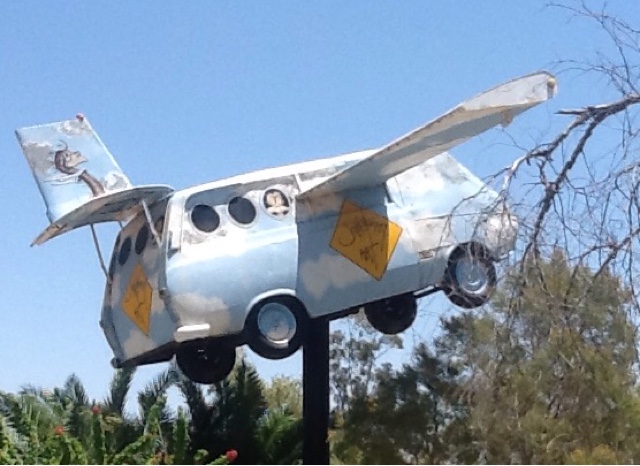 Another Big Crocodile, which pales into insignificance against Kris the Crocodile of Normanton!

On my way out of town, and not on any Big Things list, was this very Big Emu!

Not sure what this object is, but it was big too!

Heading into Walgett, I came across this ‘shoal of fish’. 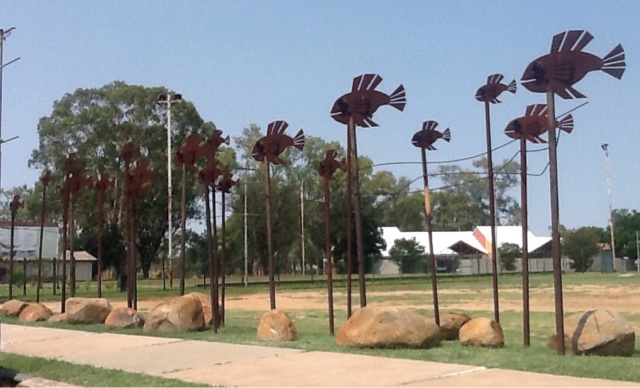 The map of Big Things had this Big Stickman at Walgett, but it was about 10 kms south of that town. 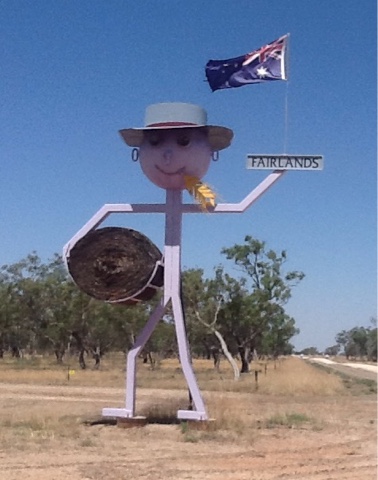 Talking about things not being in the place it is supposed to be … The list had a Big Bird at Coonamble, but all of the locals said that they were 50 kms further south at Gulargambone … Wish I could rely on the map more! Found many Big Galahs … Must have bought a job lot! 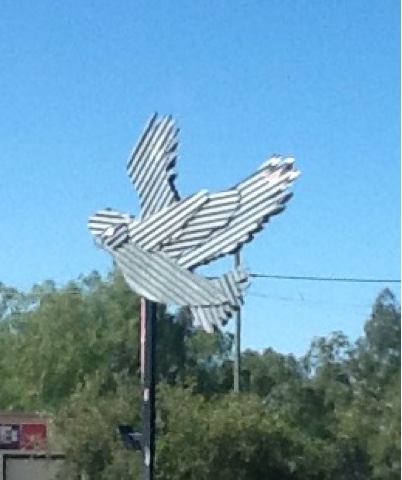 Finally before reaching Coonabarabran I found this information board on Neptune to add to the collection. The Observatory was closed today so will have to come back later to take some more photos. 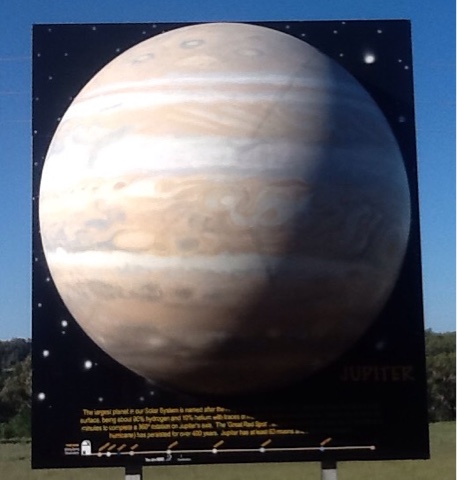