Posted on November 19, 2015April 19, 2018 by Margo O'Farrell
Before I left Broken Hill and encountering 46.5 degrees in Wilcannia, I went in search of the Big Miner … Nor sure about this one … It is a painted advertising board, not actually a sculpture … Does it qualify? 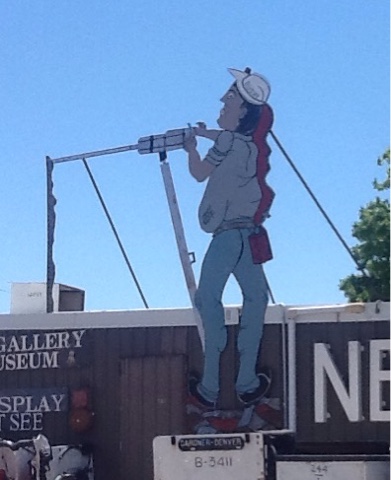 Around the corner and down the road a bit was the Big Picture, not on any Big Thing list, but it sure is big! 100 metres long and 12 metres high … I took a video of it, but then thought better of it as there were signs that said ‘no videos’. Instead I took a picture of the advertising board outside … Felt virtuous. It also depicts the Sculpture in the Desert example that I blogged yesterday … Pretty impressive painting! As you can see there is lots of desert sand on the floor and up to the painting that made you feel like you were actually in the scenery. Hard to pick where the painting ends and the flooring starts. 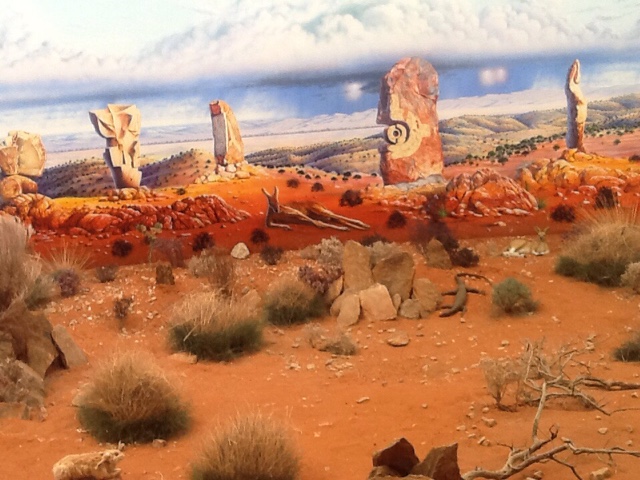 I found this sculpture near the Information Centre … It is a time capsule that was put up on Broken Hill’s centenary (1983), to be opened in 2083 on its bicentenary. 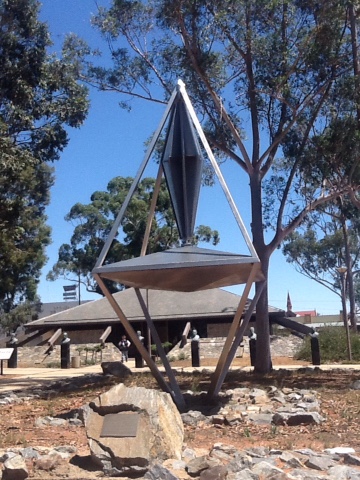 And finally as I was leaving town, I found the O’Farrell Street … Bit of fun! 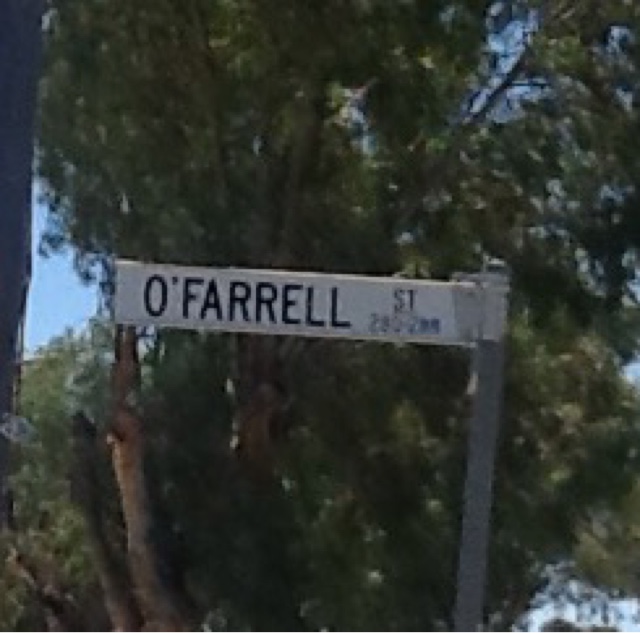 Now before I sign off, I should explain that as I passed through Wilcannia, the thermometer in the car said 46.5 degrees … Double bloody hell! It did come down to 40 degrees as I got to Cobar … It is nearly midnight and it is still about 30 degrees … Fan is working hard!