Posted on November 13, 2015April 19, 2018 by Margo O'Farrell
What an interesting couple of days. I was driving along, going from Condobolin to Parkes, when a huge electrical storms started. Lots of lightening and thunder … So much that I pulled over as the lightening was striking all around me.
I then drove to the Big Thing/s … Utes in the Paddock … To be precise 20 of them! I took a couple of photos, but the rain was so heavy that it became impossible to get decent pics. I did take 2 … The Bundaberg Ute … 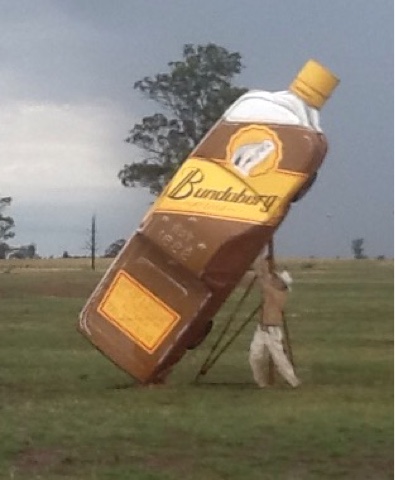 And Petrol Pump Ute … All the other pics were blurred by the rain on the windscreen … It was too wet to get out of the car, and lightening was still striking around me on a regular basis. 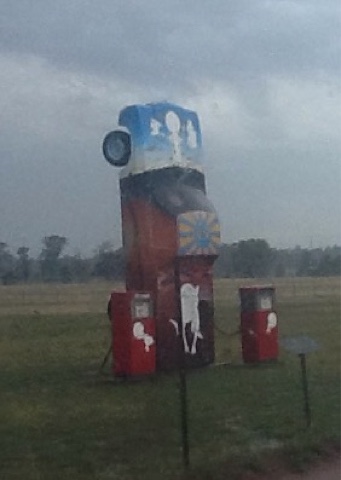 Onto Parkes … Home of the Elvis Festival … They have an Elvis Museum, next to the Henry Parkes Museum … From the sublime to the ridiculous? Oh and then there is the Elvis Rhino … Part of Taronga Zoo Rhino Trail promotion in the region … Dressed like Elvis! 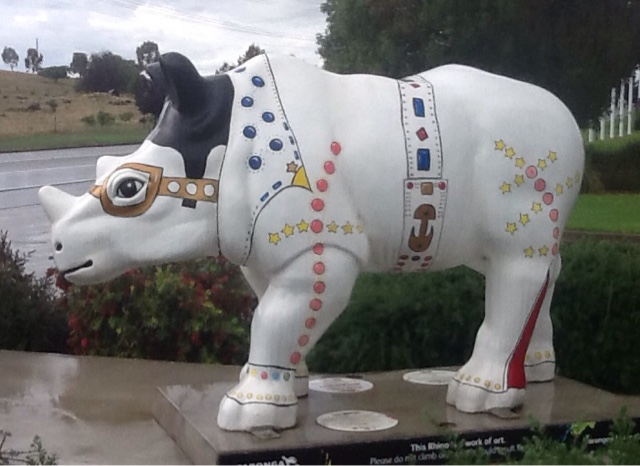 And who could forget to visit the Dish … A really Big Thing! I spoke to a man who used to do maintenance on it, and he said that they didn’t actually play cricket on it in the filming of the movie The Dish … What a killjoy … I was sure it was true! 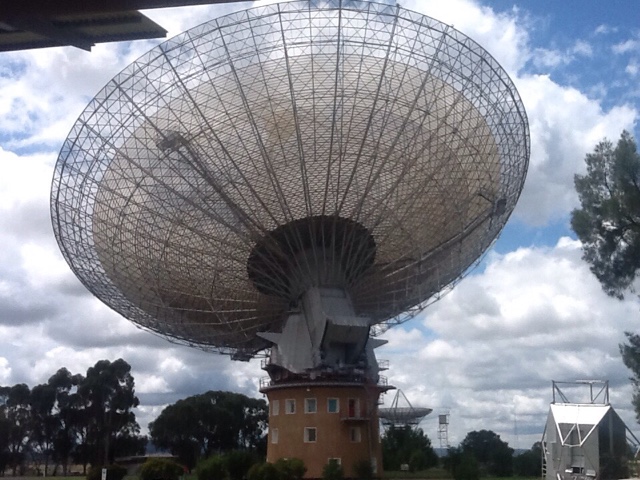 I set off towards Mudgee, and passed through Yeoval … A huge eagle on a penny farthing bicycle was in a very scruffy local park. I was amazed that it hadn’t made to any Big Thing list until I learnt that it was part of a sculpture trail to garner interest in the local region by children … Judging by the number of children I saw, it has failed! There are other ‘animals on bicycles’ on the trail, but the eagle was the most impressive. 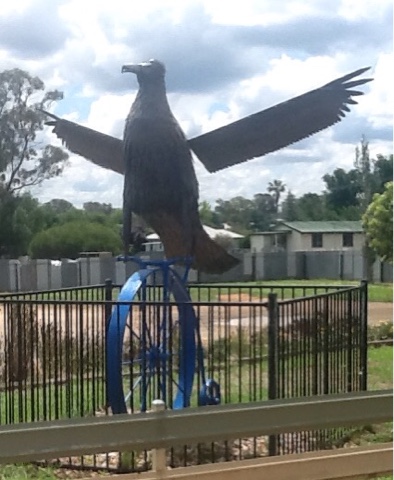 I called into Wellington’s Information Centre and sitting in the corner was ‘Mr Wellington Boot’ … A bit cheesy for me. 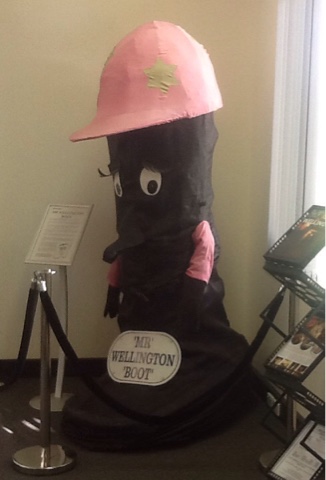 I did find the Big Wind Chimes just outside Wellington made from scrap metal and shells … Very decorative. 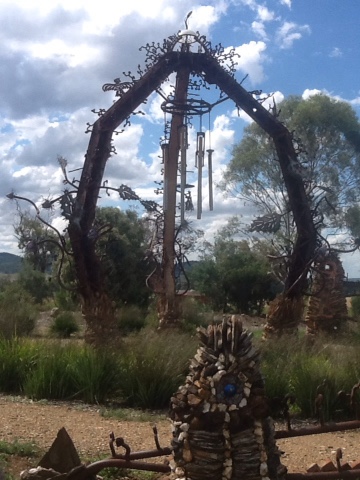 Spending the night at Mudgee … Home of the Big Hammer, and another huge thunderstorm. 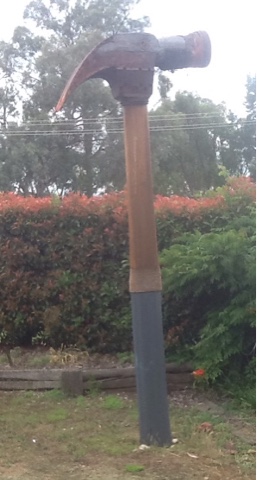