I often sing the Willie Nelson song when moving on … Hence the heading lol! Am finally leaving Brisbane to head south, but was frustrated a bit by a huge traffic jam … Apparently a car accident on the motorway … Took 4 hours to get around it. Thus I only got as far as Currumbin … But a very wild surf beach and lovely outlook.

I have tried to find all of the rest of the Big Things in and around Brisbane before I left. I did manage to find all, but one, which pleased me. It was a challenge because the traffic moves so fast around the major roads, and Brisbanites are an impatient lot!
I found a few Big Things that weren’t on any list, including the Big Tennis Racquet (minus its strings) at Frew Park.

Frew Park had bronze statues scattered around the park near the tennis racquet, including this rock concert attendee … Question is why? 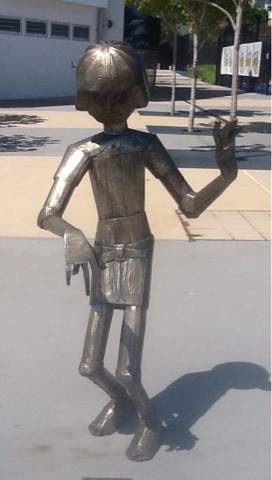 It had a big range of tennis courts, which makes this one more understandable … 2 tennis attendees.

Nearby was the XXXX Brewery … 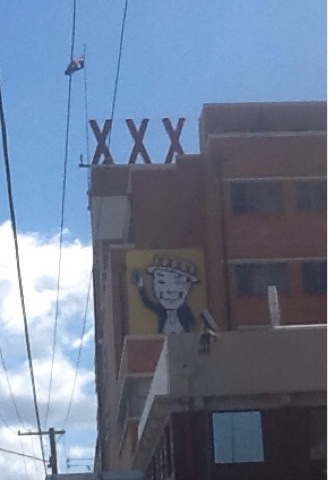 And the Big XXXX Can …

It also had some big machinery from an older brewery process. 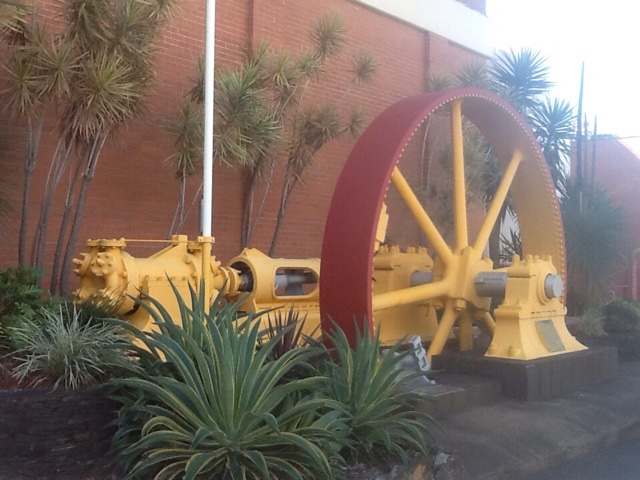 Ah then I had to photograph the Big Cicada at the Brisbane Cultural Centre. Firstly finding somewhere to park … What a nightmare … Most of the parking was undercover parking … And Narniavan doesn’t fit! When I finally parked everyone I asked had no idea where the Big Cicada was, or that it even existed! I found it purely by accident!

Somewhere in Brisbane, near Fortitude Valley I passed this Big Light (?), but could only get a shot from the back … I will try and re-photograph it at Xmas time. 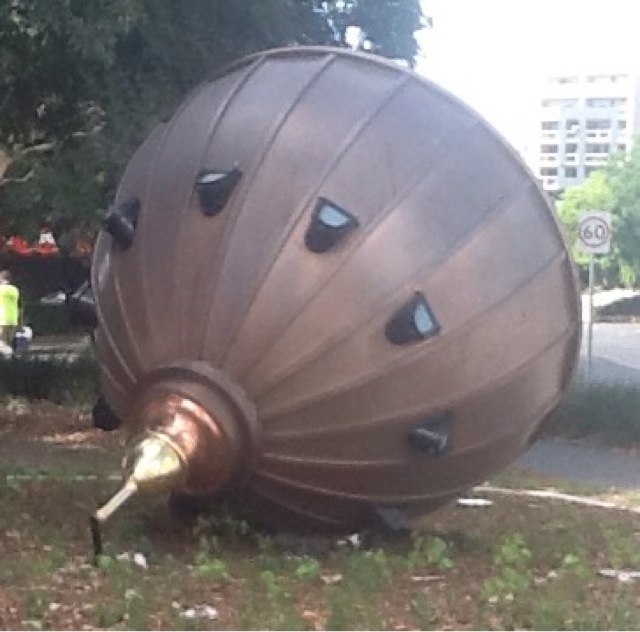 In and around Brisbane are a few things that probably don’t qualify as Big Things, including this one … Not sure what it was, but it was big!

Then there was these beauties … A ‘dalek’ and ‘pyramid’ both made from copper … Very interesting! 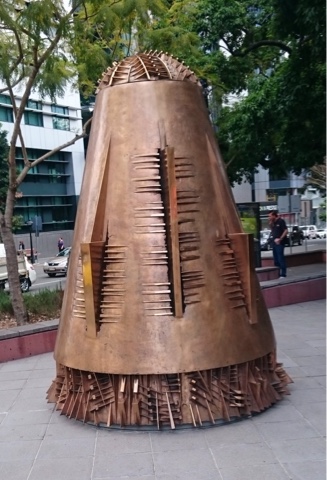 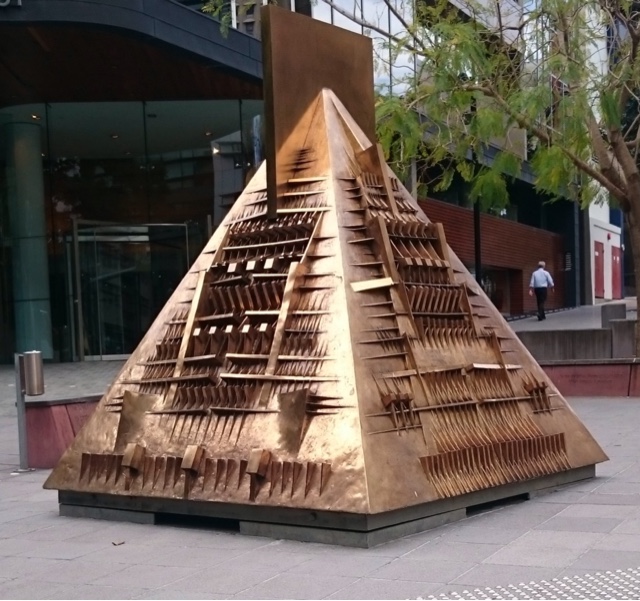 And now for the Big Thing I was unable to find. If anyone knows where it is, please let me know. It is a Big Frog. I drove around and around the airport, but didn’t find it. I thought at that time … Bugger it, I will go shopping at the DFO. And lo and behold a child care centre called Tadpoles that has a frog as its logo, so I took a pic … Much to the amusement if the staff after I explained! 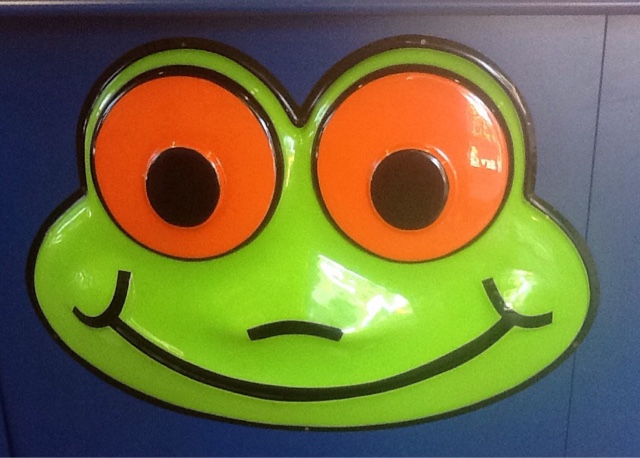 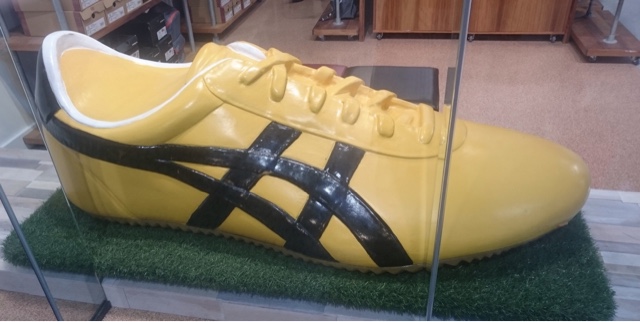 Onto my trip out of Brisbane … I had seen a Big Gorilla when I was exploring Cleveland a couple of weeks ago, but could find it again when I tried to take pic. Well guess what … I was trying to go around the traffic jam on the Motorway, and there it was! I stopped and took this photo … But there was lots of other peculiar ‘things’ in this garden, including a panther in the roof, a small baby gorilla on a trapeze, a cow grazing, and several giraffes to name a few. The big gorilla was the most impressive! 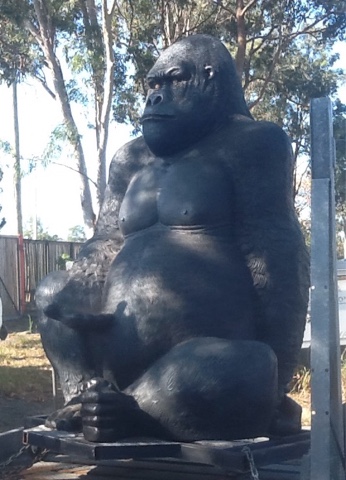 Something not on any list is the Big Tap at Nerang. 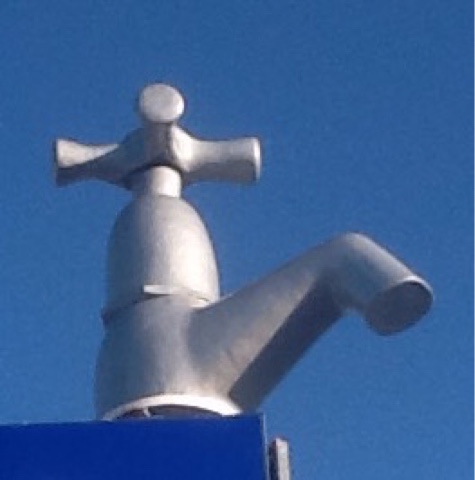 I have also found out why I am having so much trouble parking the van … Apparently I am not doing it correctly … as they do on the Gold Coast … I have so much to learn! 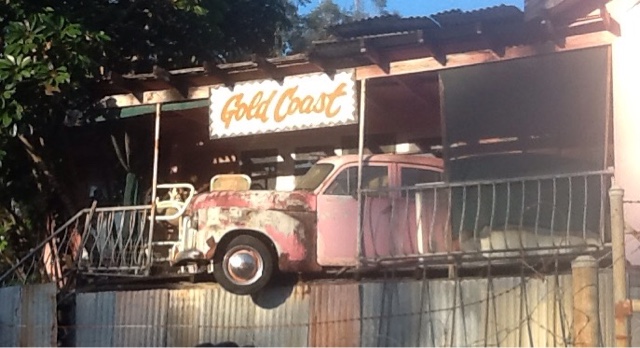 Last, but not least is a new take on the bronzed beauty … 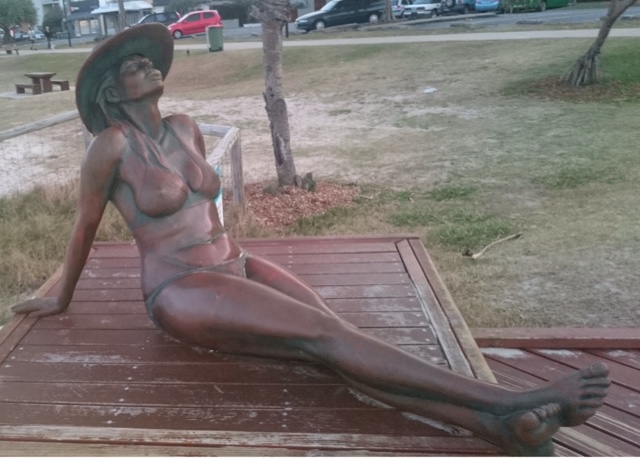