But before I wax lyrically about them, I left Caloundra day before yesterday where I took several photos of Big Things and on my way out of town took this photo of a stylised bike. 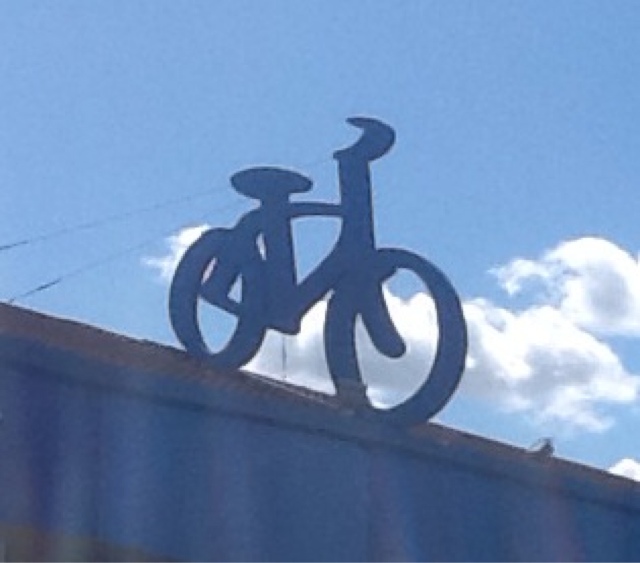 I then spent the next night on Bribie Island. I haven’t been there since 1994 or so. This time though I did some exploring and discovered lots of interesting things. The local museum had lots of goodies, such as this wonderful dugong.

And although not a ‘big thing’ this turtle was a magnificent specimen. 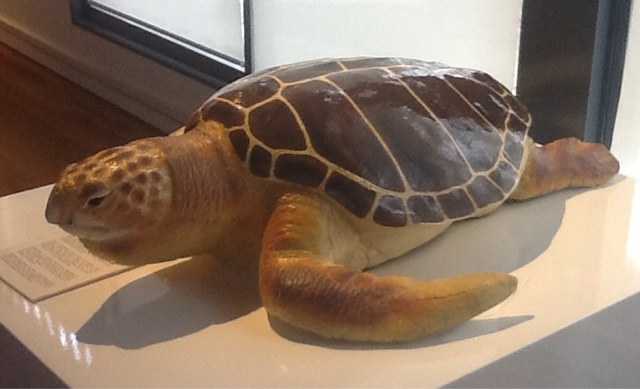 The sculpture that was outside the building does qualify as a Big Thing … the Big Fish … even though it is stylised, it is still pretty big! 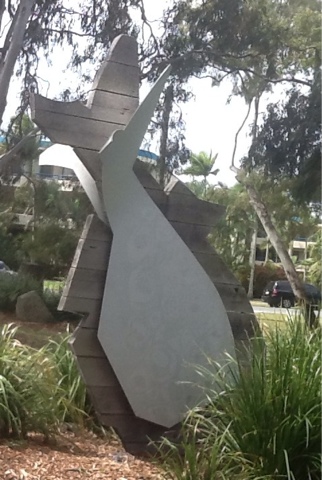 Just around the corner from the museum was the Bribie Island RSL, and this tank and other paraphernalia. Normally I wouldn’t have included it in this blog, I decided to because Bribie Island was part of the frontline in the fight against the invasion of Australia by the Japanese in WW2 … just thought it needed to be recognised!

I know I said no more garden stuff, I wish this photo had come out better … there was a huge display of ‘things’ made from recycled detritus … so many!!!

I have decided to try and up the ante on this blog … I am going to try and include the names of Squalor Gang members on a regular basis … not because I have necessarily met up with them, but because I am reminded of them in some way … so watch out!
First on my list was Erika Fearman … had breakfast with the beautiful lady this morning … so congratulations Erika … you are my first lol.
I then headed into the hills to the Glass House Mountains … I was blown away by their sheer size and ‘presence’. I passed through Kilcoy where this cow sat ‘happily’ on the local motel. 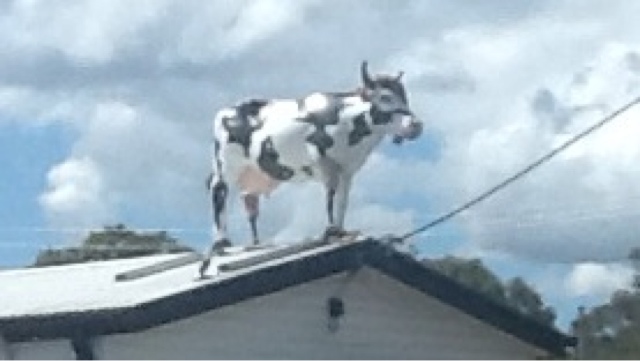 And of course there was the Big Lawn Mower at Beerwah … as described by Erika … just a bunch of cardboard boxes … not the most impressive Big Thing. 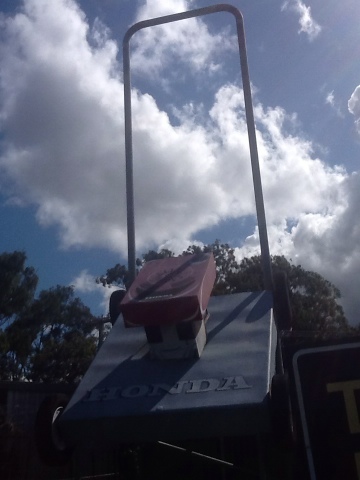 I found this gem at the Beerwah Information Centre … not sure what it is, but quite attractive nevertheless. 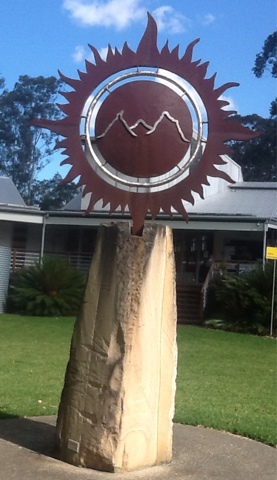 Onto the Glass House Mountains … I got pretty close to one … Mt Coonowrin. If I was younger and fitter I might even consider climbing one of them! 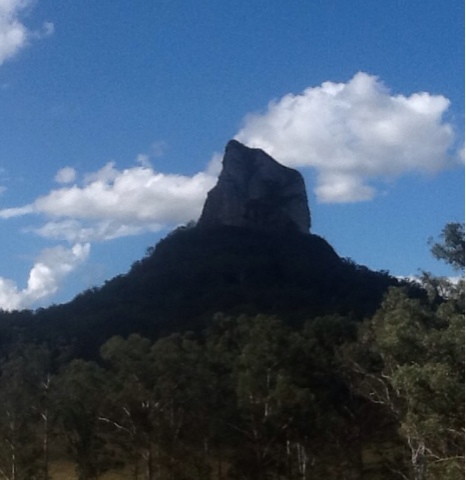 More driving to Maleny … what a pretty place. It has 2 Big Things … The Big Barrel (actually like the Bundaberg one … only 1/2 a barrel too). 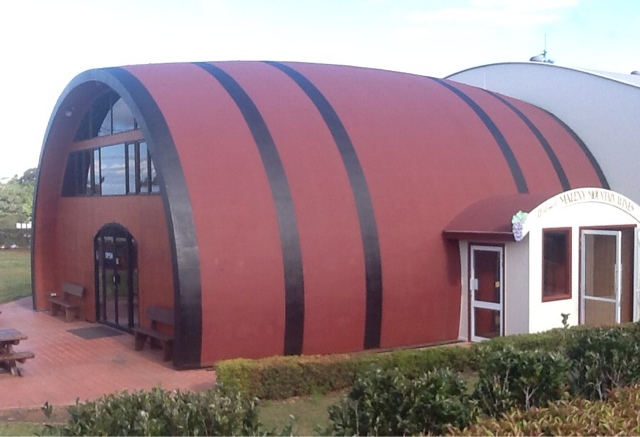 In the main road was a small enclave of eateries and local crafts where I found this Big Outdoor Chair.

And less impressive, the Big Jar.