Spent a pleasant day exploring area around Noosa. I did find a place called the Ginger Factory Tourist Route … Buderim Ginger Factory had several large figures. I did photograph one of them … the Big Gingerbread Man. It was an interesting place, and even though the school holidays don’t start until Monday, there was an awful lot of children around. Anyway here is the gingerbread man! He looks angry? 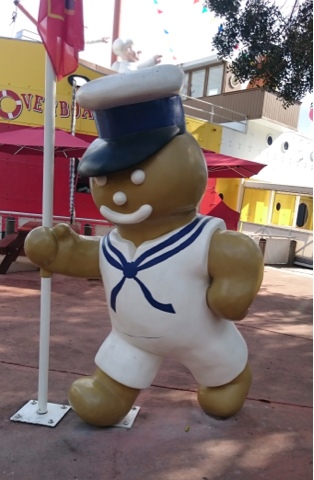 I also snapped this weird thing out the window at Coolum while waiting for the lights to change. It appears to have been made from recycled bits and bobs. 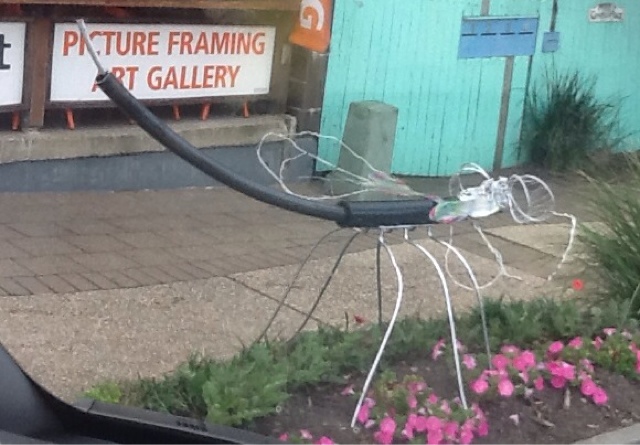 I suppose you want to know more about the thunderstorm? Not much to tell really except it lasted many hours, and there was lots and lots of lightning, thunder and rain, rain, rain! I did feel sorry for the family who arrived in the middle of the storm, and had to set up tents and things. I think if it had been me, I would have hung out with my friends who were already setup and waited until it had passed. I watched from the comfort of my van and I suspect that there will need to be quite a bit drying out tomorrow for them.
For me … sleep time, rain has stopped, and I have finished watching all my episodes of Would I Lie To You.