It is raining in Toowoomba tonight, and it is cold too … Not as cold as it is in Hobart right this minute though! That isn’t the only similarity … The architecture is similar, and the hills around the region are very similar.

I digress … the trip to here was very uneventful, but I found lots of goodies for you. At Moonie, apparently they have yabby races every year, and to commemorate some talented person has constructed a Big Yabby out of mechanical parts.

Next to it was a beam oil pump. I have seen lots of these contraptions from Euromanga to Moonie, so I thought I should at least capture one of them. There is an amazing amount of oil fields in this region of Queensland … who knew? 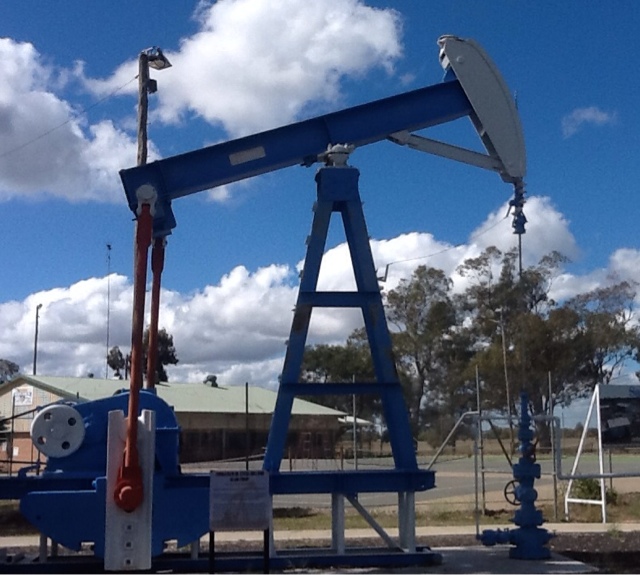 Onto Dalby … a day later than I expected, but someone else was in a hurry … they parked their 4X4 on a road sign lol. 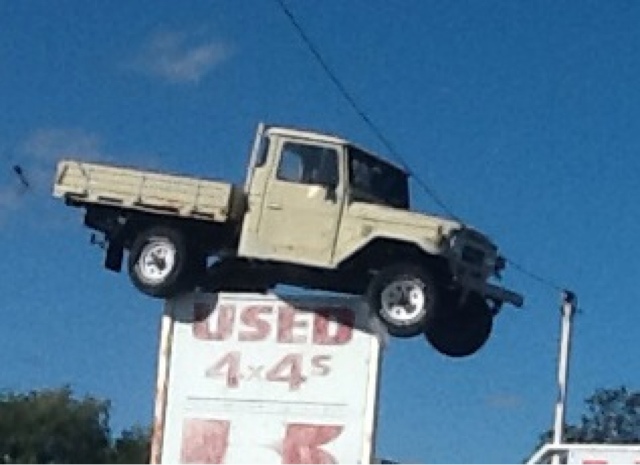 I can’t understand why this chainsaw hasn’t made it onto the Big Things list … it is certainly a Big Chainsaw! 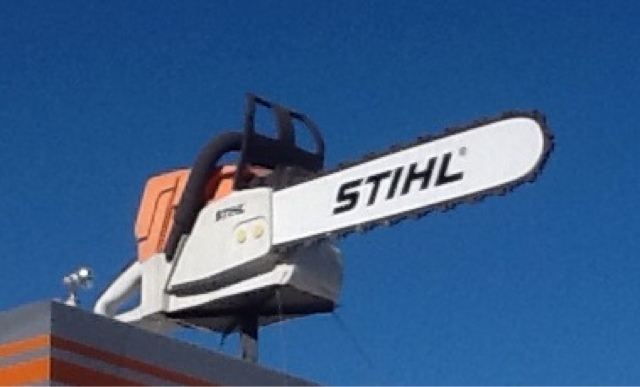 Oh yes then there was Oakley. I turned off to this town because it advertised a airforce museum so I thought … big planes. Bit of a downer though … it was closed and it was too far from the road to take a photo … there was lots of big planes. So I took comfort in a bronze horse statue … a pretty model! 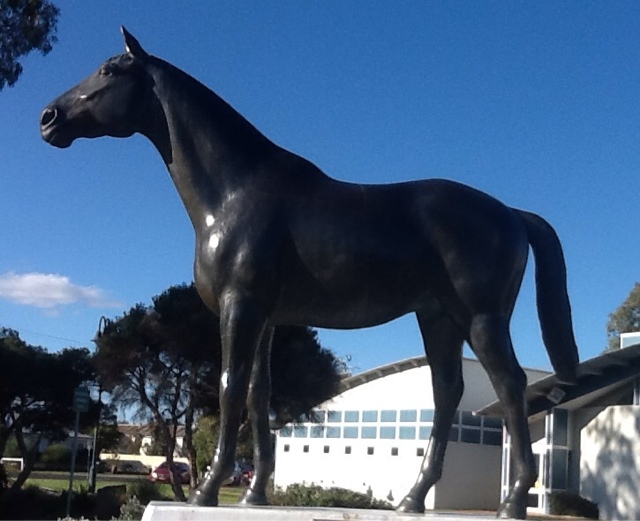 Toowoomba was next, and as I had missed the Big Golfball in Hervey Bay, I found this example so am putting this up as a replacement Big Golfball. 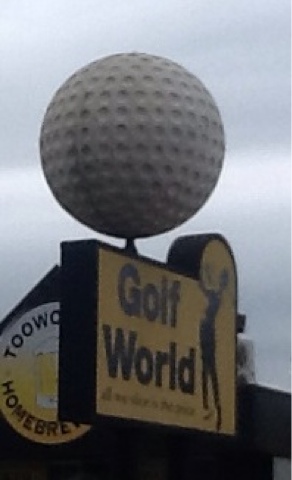 Just up the road was this Big Vacuum Cleaner … but wait …

it has multiplied … there are actually 4 Big Vacuum Cleaners. 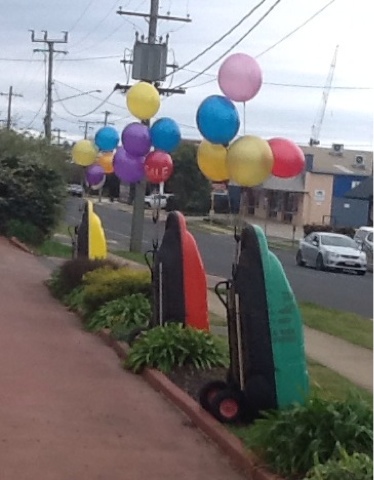 Today was such a grey day I decided to go looking for more gems south of Toowoomba. I am amazed that most of the Aboriginal statues haven’t made it onto the Big Things list. This one is Tiddalik found at Warwick. According to the legend, Tiddalik the frog swallowed all the water and caused a drought. The animals tried in vain to make him release the water until Nabunum the eel danced a comical dance. Tiddalik burst out laughing and all the water gushed from his mouth and flowed away to replenish the lakes, the swamps and the rivers. 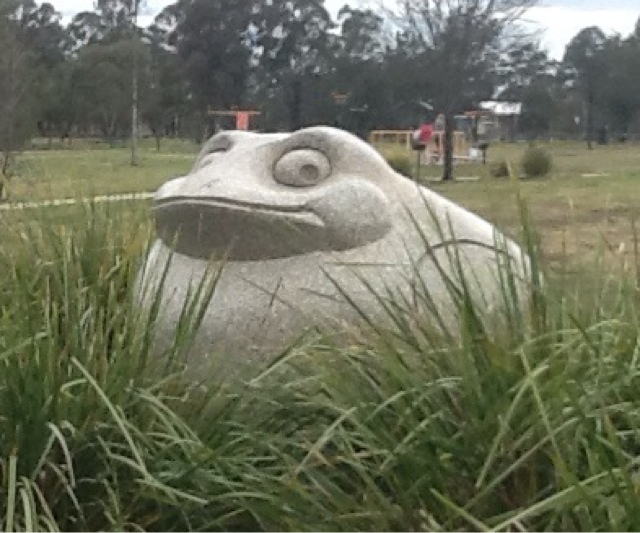 Not sure what this one is … ?Nabunum? 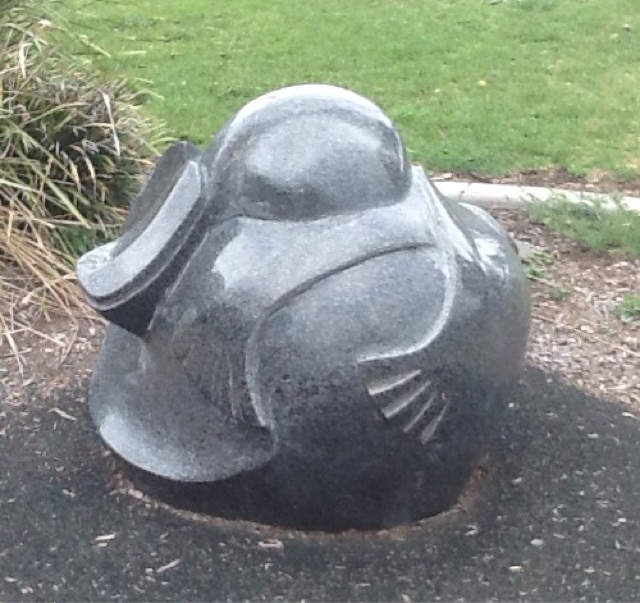 And then there was this one … no plaque to say what it is. It could also be ?Nabunum? 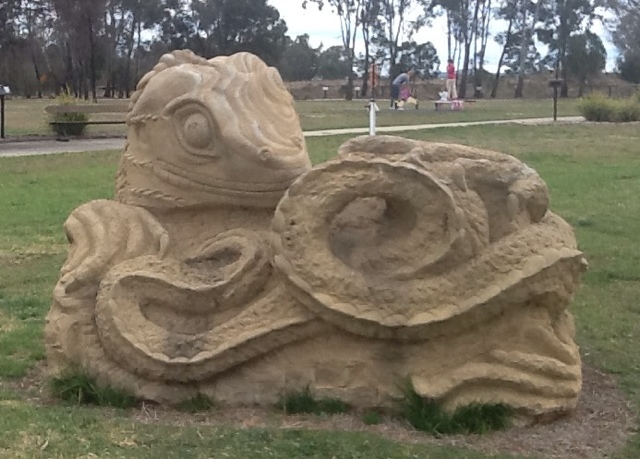 There was a plaque to accompany this one … Guardian IV, one of the ten guardians for 10 Australian cities. It represents Bat Spirit of Aboriginal mythology. 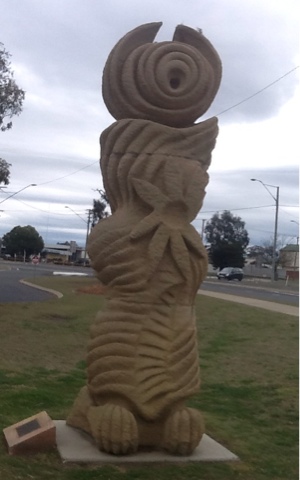 Warwick wasn’t finished with big things … there was the Big Blade Shears. You might remember when I reported the shearer Jackie Howe’s statue in Blackall. I sort of dismissed it as a one off, but this Jackie Howe is quite famous all around the western Queensland region. I passed through a town recently that was holding a Jackie Howe Festival, and Warwick has this example to celebrate Jackie’s life. 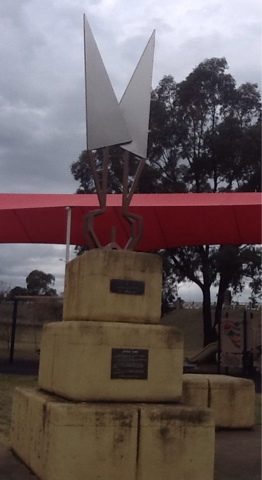 And they have a motel named after him too. 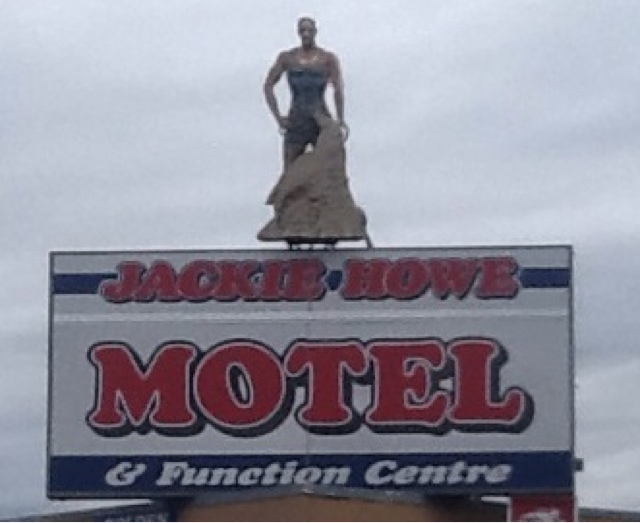 I finally escaped Warwick, and then onto Thulimbah where I noticed this car on a roof … someone else couldn’t park very well lol. 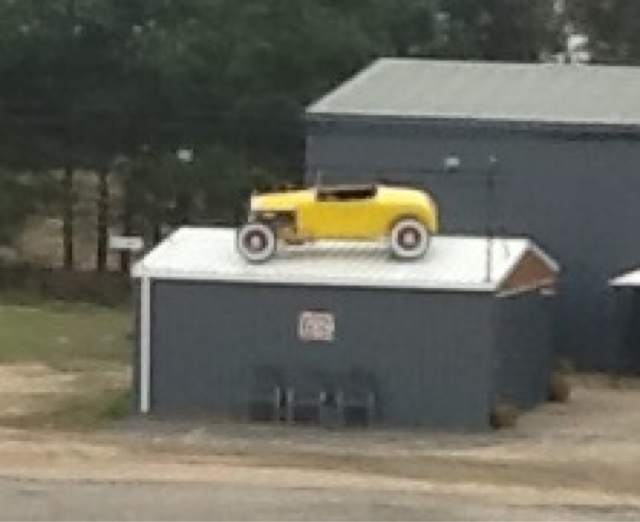 A listed Big Thing … a Big Apple … probably the best example I have seen so far. 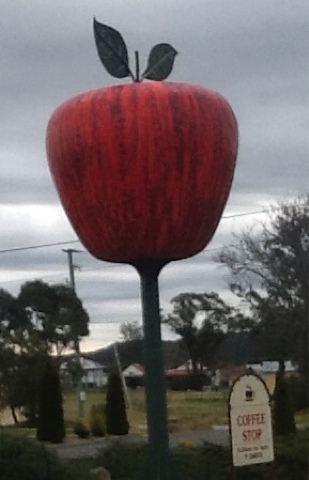 Before I got to Ballandean, my final destination for the day, I came across this sign. I figure if there is a Big (half)Barrell, I can’t see why I can’t include a Big (half)Loganberry. 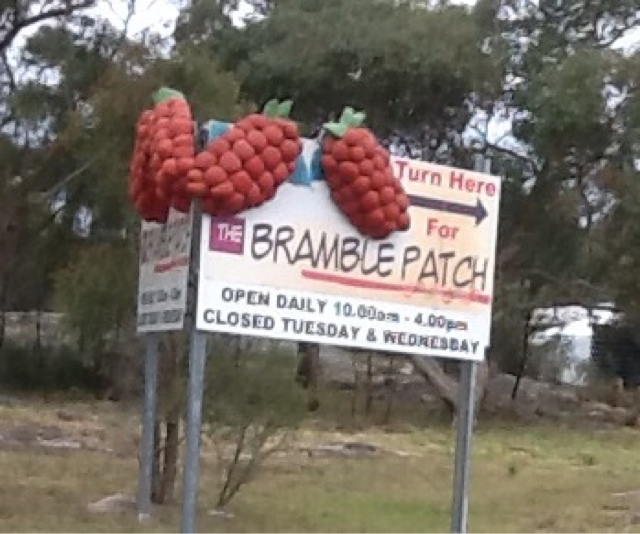 Ballandean obviously likes dinosaurs … a Big Triceratops was outside the Community Hall, although they have named it a fruitisforus?

Finally this sample … the Big Pyramid. 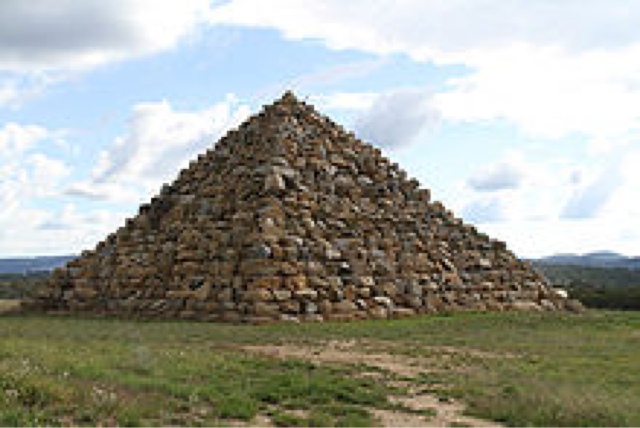 At the end of my day out, I thought this photo might make you smile … not big, but funny lol. 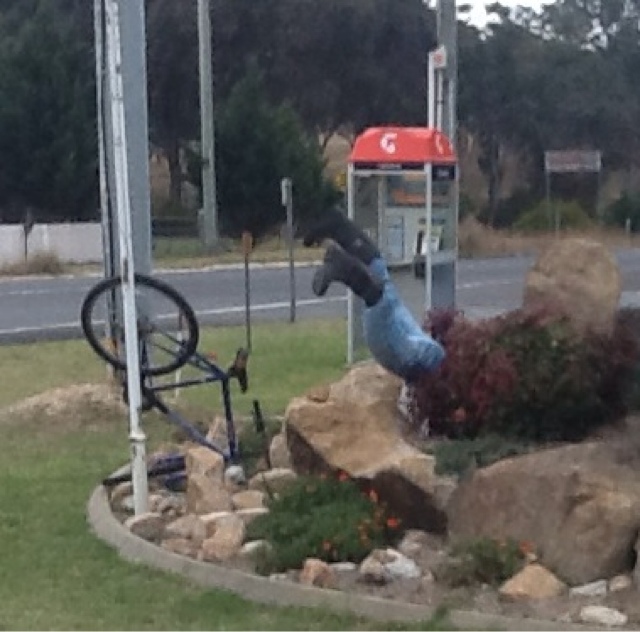 3 Replies to “Toowoomba reminds me of Hobart … including the weather!”