Overnight at Morven … not a lot there, but it does have hot showers at the council camping ground … good value for $5.00 a night! I did find a strange horse made from corrugated iron. 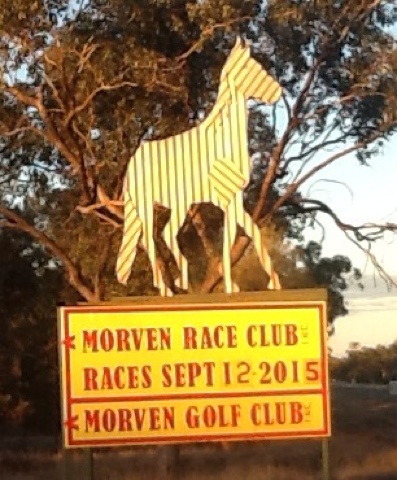 But I am jumping the gun so to speak. This photo is of the Big Oil Rig at Roma, and I was expecting something more impressive. It was such a disappointment … it had its top taken off when it was used as a water pump. It is also one of those things that falls under the category of a real thing, real size so a ‘big thing’? I don’t think so! 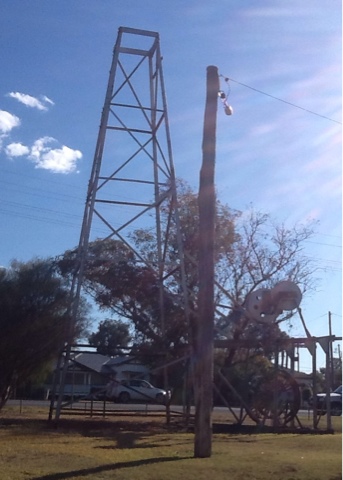 And the Big Nut  Bolt … an advertising gimmick. 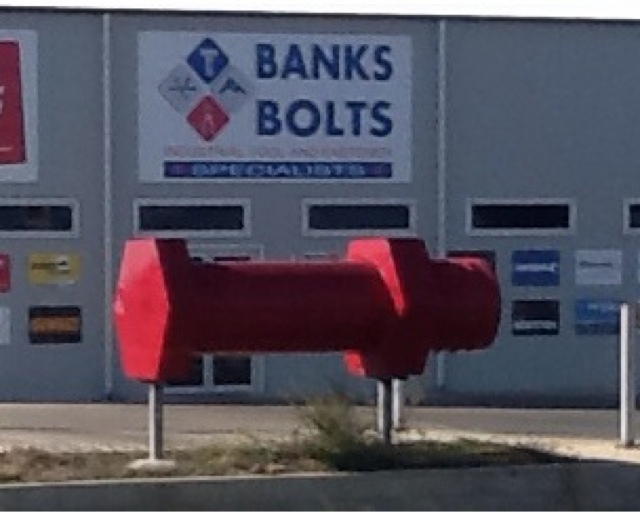 The outback is a fascinating place, and in the middle of nowhere is an artesian spa surrounded by an amazing leadlight screen. It was in Mitchell on the main road. It was hard to photograph and to do it justice. A truly Big Leadlight Screen.

And now … drum roll … the long anticipated Big Meat Ant. Imagine my surprise when I found it at Augathella and it was big, but it wasn’t there to represent all meat ants … it represents the local rugby team! Pretty cool though! 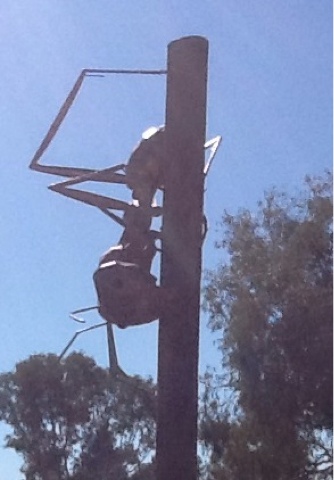 Onwards, and onwards to Charleville … a town that has a cosmic centre first of all, complete with camel riding … totally out of context! The best surprise was yet to come … a pair of vortex rainmaking guns in a local park …. quite out of this world! Used for ‘seeding’ rainclouds to make rain … very much needed in this part of Australia! 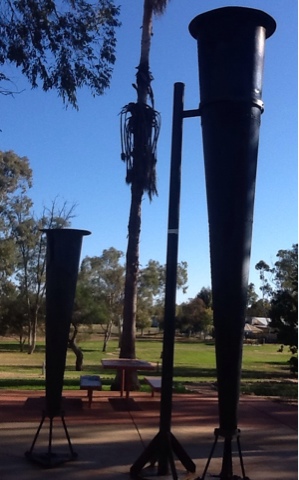 I called into the local information centre and the lady was so enthusiastic about the town’s 3 special ‘big things’, although one was tiny! I took photos of all of them because she waxed lyrically about them. First was the Big Kangaroo (I know another kangaroo … its a bit like the excessive number of big crocodiles). 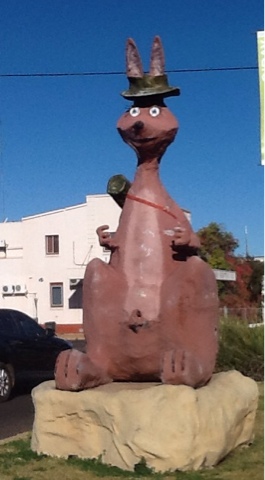 Then a tiny statue of ‘Weary’ a statue with an etched face depicting ‘weariness’. 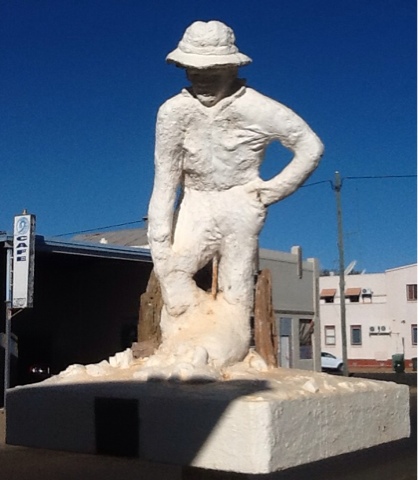 Let’s not forget the Big Yellow Belly Fish … not sure why that is there? 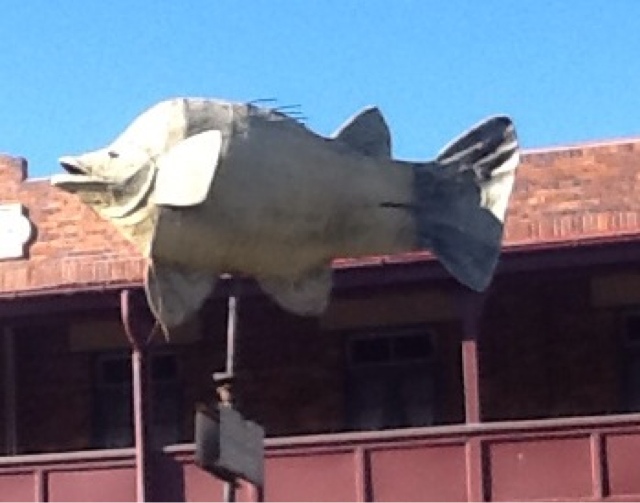 Well that’s all for tonight … am going to attempt to get to Birdsville tomorrow if the road is passable … can’t wait!