Blimey it is cold in Charters Towers tonight! That said I found a few things to photograph today. Firstly I drove into a place called Groper Creek. All of the houses in that town are up on stilts because it floods a lot. There was obvious tidal marks on all of the under storeys of the houses.

Then onto Charters Towers where I found this gem … it made me laugh out loud … It said ‘Lake Wanted, Boat Grumpy’! No chance of that tonight as it is going to be 4 degrees … hence the need for the hot water bottle!

Interestingly there was a sign that stated that Charters Towers is the Country Music City … thought that honour went to Tamworth. 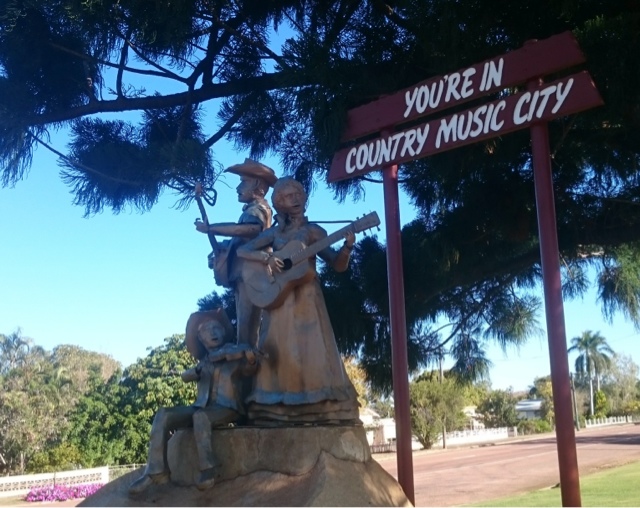 And I found another ‘big bull’ … a Droughtmaster originally bred in the area. Pretty impressive!

Winter woollies on, including bedsocks!!!! Off to bed with my new best friend lol!