Had a great drive today, and covered lots of ground and took lots of pics. Having left Charters Towers earlyish, I found a few gems along the way including a weird almost deserted midwest US town-like called Prairie that has a horse statue on the roof of the only 1 of 2 businesses actually open … its local pub, apparently with silver service for its paying guests. 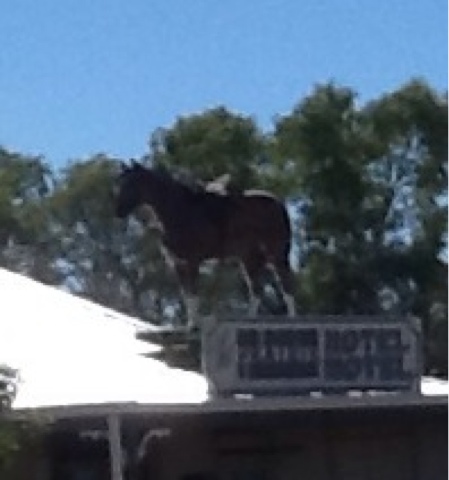 And a very large windmill, which is replicated in Richmond too. 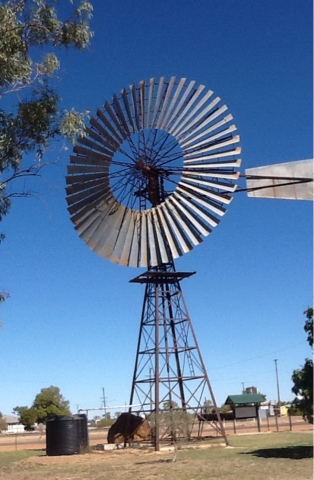 Then onto Hughenden, one of the ‘Dinosaur Trail’ towns … complete with a Big Dinosaur, Mutt the Muttaburrasaurus. 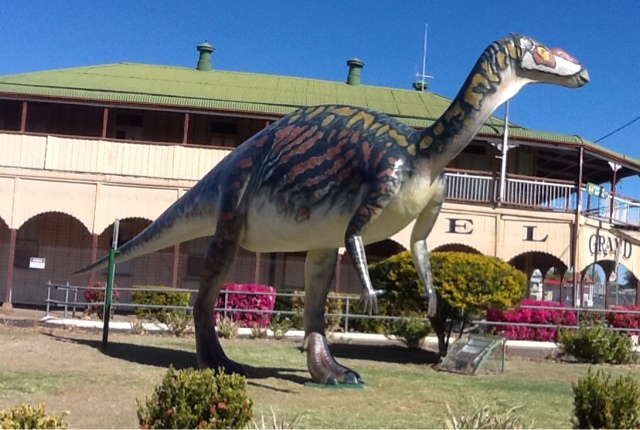 Also at Hughenden is the Dinosaur Discovery Centre with its very own fossilised skeleton of the ‘Hughenden Sauropod, also known as Muttasaurus. 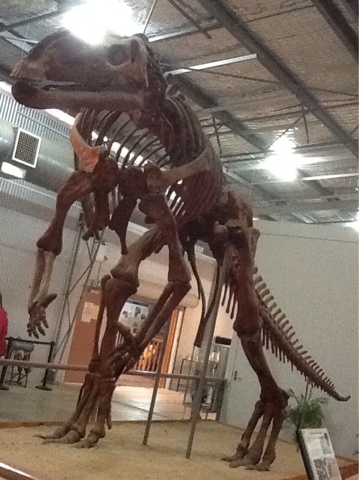 Ending the day at Richmond, another ‘Dinosaur Trail’ town, also complete with a Big Dinosaur … a kronosaurus.

Not to be out done, inside the visitor centre is a massive collection of fossilised dinosaur bones and skeletons. Hanging from the roof is Wanda, Australia’s largest fossilised fish.

Not so interesting is a few public space art pieces, including one made from windmill blades … 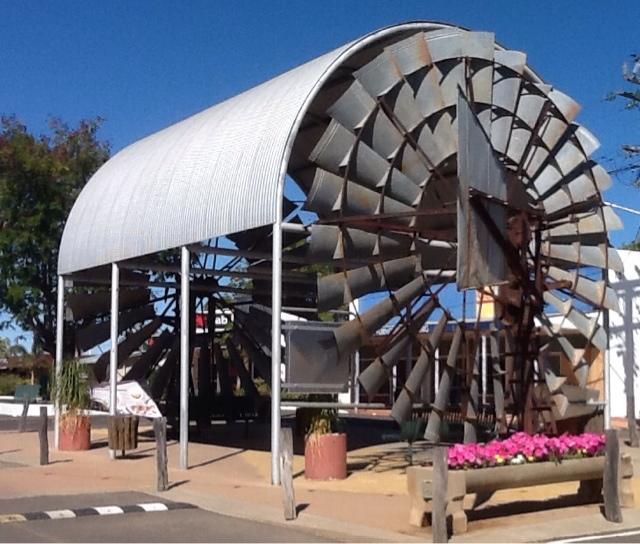 And sculptures made from machinery parts … one called Darby the Dinosaur. 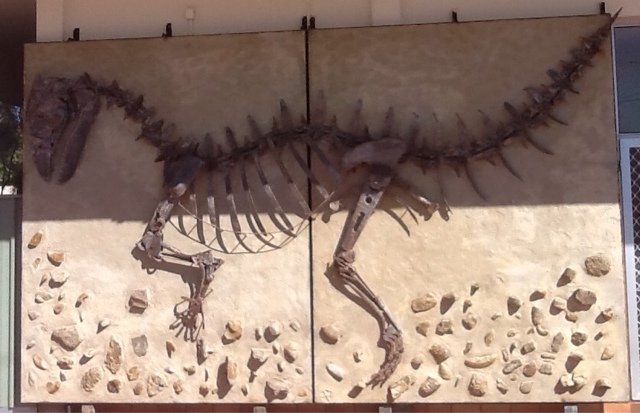 And … I think a nautilus shell? 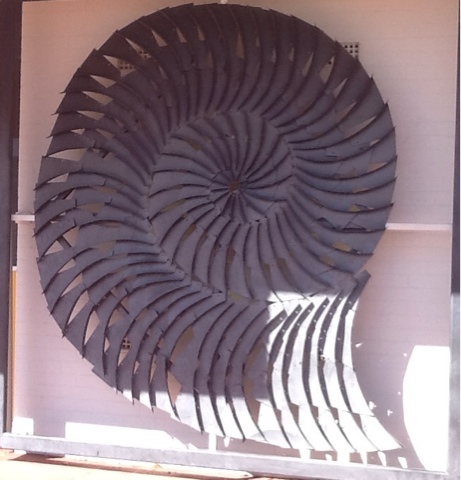 Interesting town Richmond. Am off tomorrow, but before I decide where to next, I am going to check to see if the ‘dinosaur stampede’ is now open in Winton, as a rockfall meant I didn’t see it on a previous visit.