I have been on the lookout for cassowaries in the wild. Every time I see a sign that says ‘Recent Cassowary Crossing’, I stop and sit, and wait hoping to catch a glimpse of one, but to no avail. In the end I decided to visit a ‘zoo’. They aren’t called that though in these parts … usually a Wetlands/Tropical Experience … a zoo in every sense of the word though.

So I finally got my magic cassowary photo … 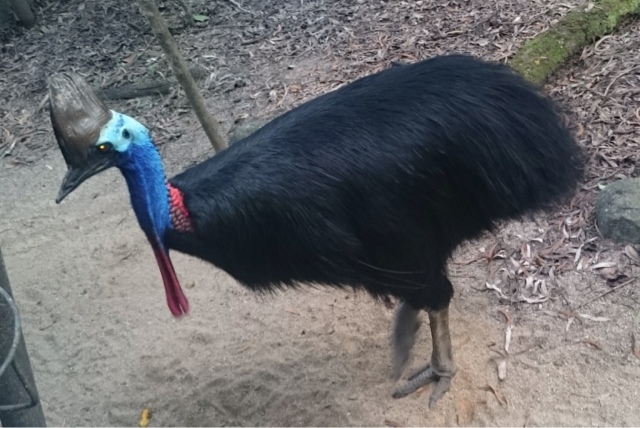 It is the third largest bird in the world, is endangered, is a ‘keystone’ species, and is millions of years old … not this one silly … the species!
And now for the other ‘big thing’ in Cairns … The Big Marlin … Yeah!

Of course I have been searching for big things that aren’t on the Wiki list … so now for a selection of the ‘other’ big things … 2 more Big Bananas … just north of Innisfail. 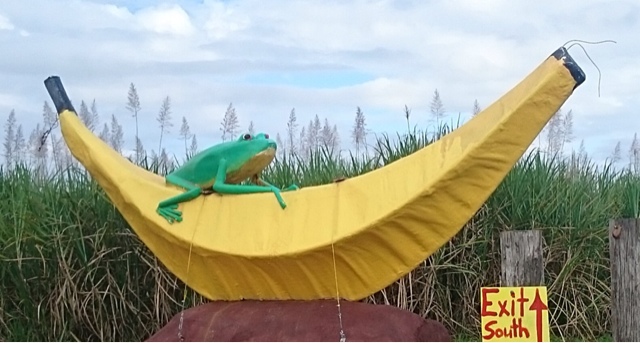 But the surprise was the second one just down the road … I could even have bought it for $100 … was tempted … I can see the van with a big banana on its roof … a conversation starter! 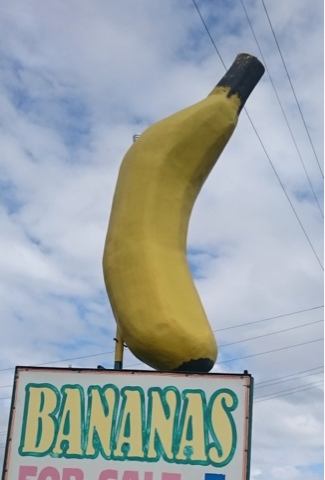 I had a couple of nights at Babinda near the Boulders so I took a photo because the boulders are huge and impressive.

I took a video, but will wait until I get to Millies to upload it.
Last 2 interesting things … a letterbox with a dinosaur, and a dragonfly that should qualify as a big thing, because when you compare it to an actual dragonfly, it is ‘big’.