But first … Kununurra … Caught up with half-sister Junerose and husband Neville. June had been very sick, but was on the mend when I left, and Neville had made a few running repairs to the van for me … Thx so much xx.

I have mentioned Boab trees before, but took another photo of a huge one in Celebrity Park near the caravan park in K. June and Nev are there for perspective, and a nice photo opportunity as well. 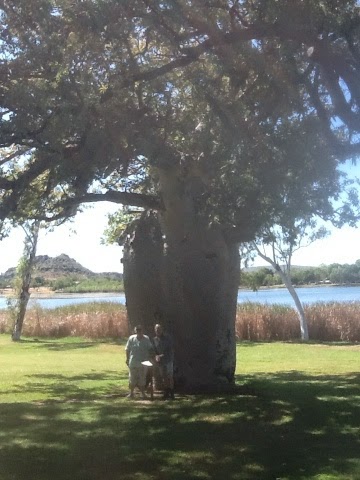 We visited the Hidden Valley, but no photos … Like a small version of Bungle Bungles, and only a short walk as June still a bit frail
Also took a flight over Katherine Gorge … Took next few weeks contingency funds. But worth it. Fabulous pilot called Steve, but no photos as helicopter had no doors! Thought I might lose the iPad out over the Gorge. It was amazing and well worth it … Vast lands!
On my way through Katherine, found a big Barramundi … Not on Big Things list, but several Big Barramundis scattered around Top End … Very popular big thing!
Visited Bachelor and found this gem … a replica castle … odd place for it, but someone wanted it? 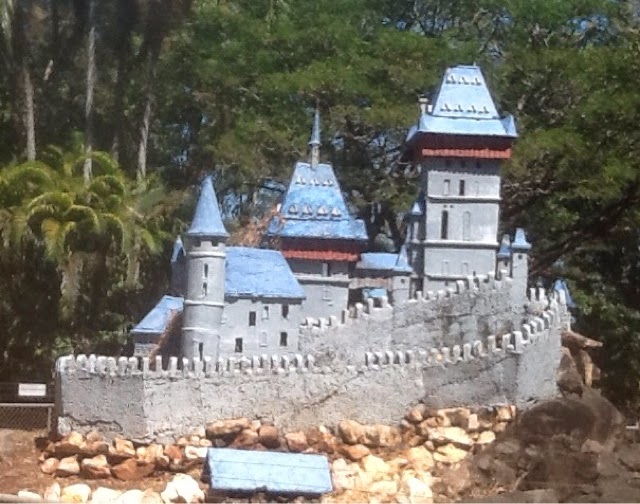 Onto Lichfield Park where George and I were supposed to visit on a safari tour, but scumbags failed to deliver. Finally here, 20 years on … First stop Magnetic Termite Mounds … When I have a more constant signal will find out more about termites … 12 species in Kimberley region alone! 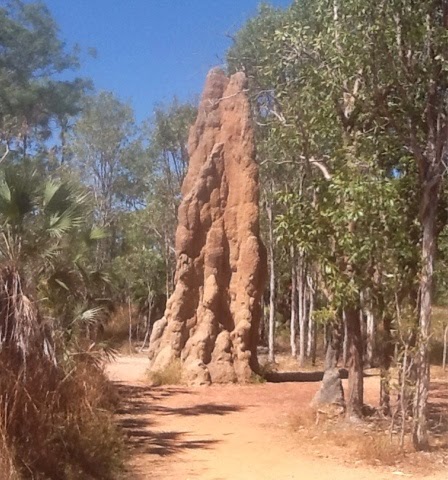 Am camped at Wangi Falls … might stay for a few days … it is beautiful … they check for crocodiles every day so tourists can be safe … still keeping a watchful eye out though!